The Future of Nanoscale Research and Development

The 2014 Nanoscale Science and Engineering Grantees Conference kicked off today with a presentation by Mihail (Mike) Roco, Senior Advisor for Nanotechnology and leader of NSF's contribution to the National Nanotechnology Initiative. He presented a view of nanotechnology research and development through 2030. He started with this chart: 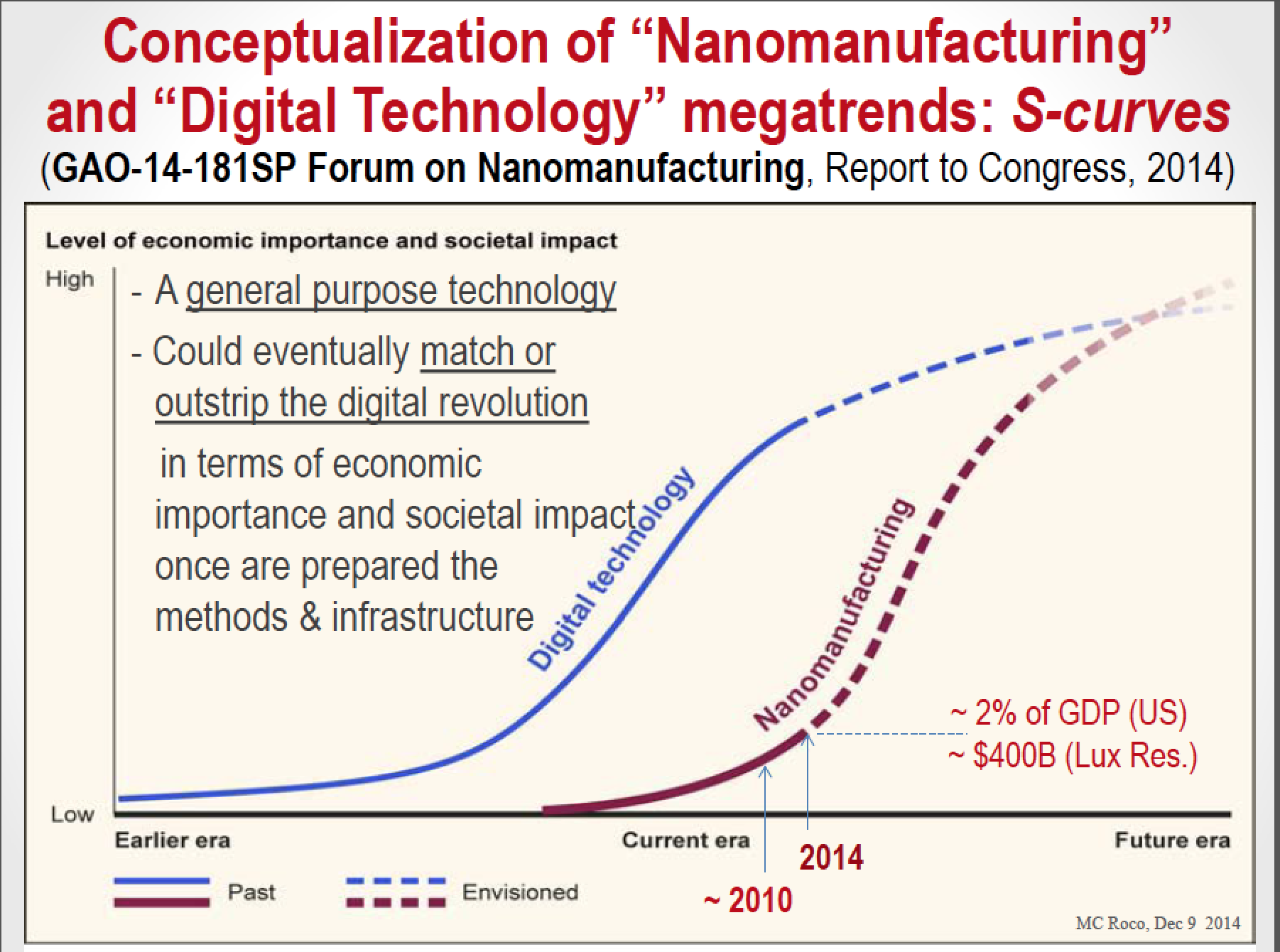 The chart predicts that at some point in the future nanomanufacturing, as a general purpose technology that is useful for many different applications, will overtake digital technology in terms of economic importance and societal impact. He described the development of nanotechnology taking place in three stages between 2000 and 2030. 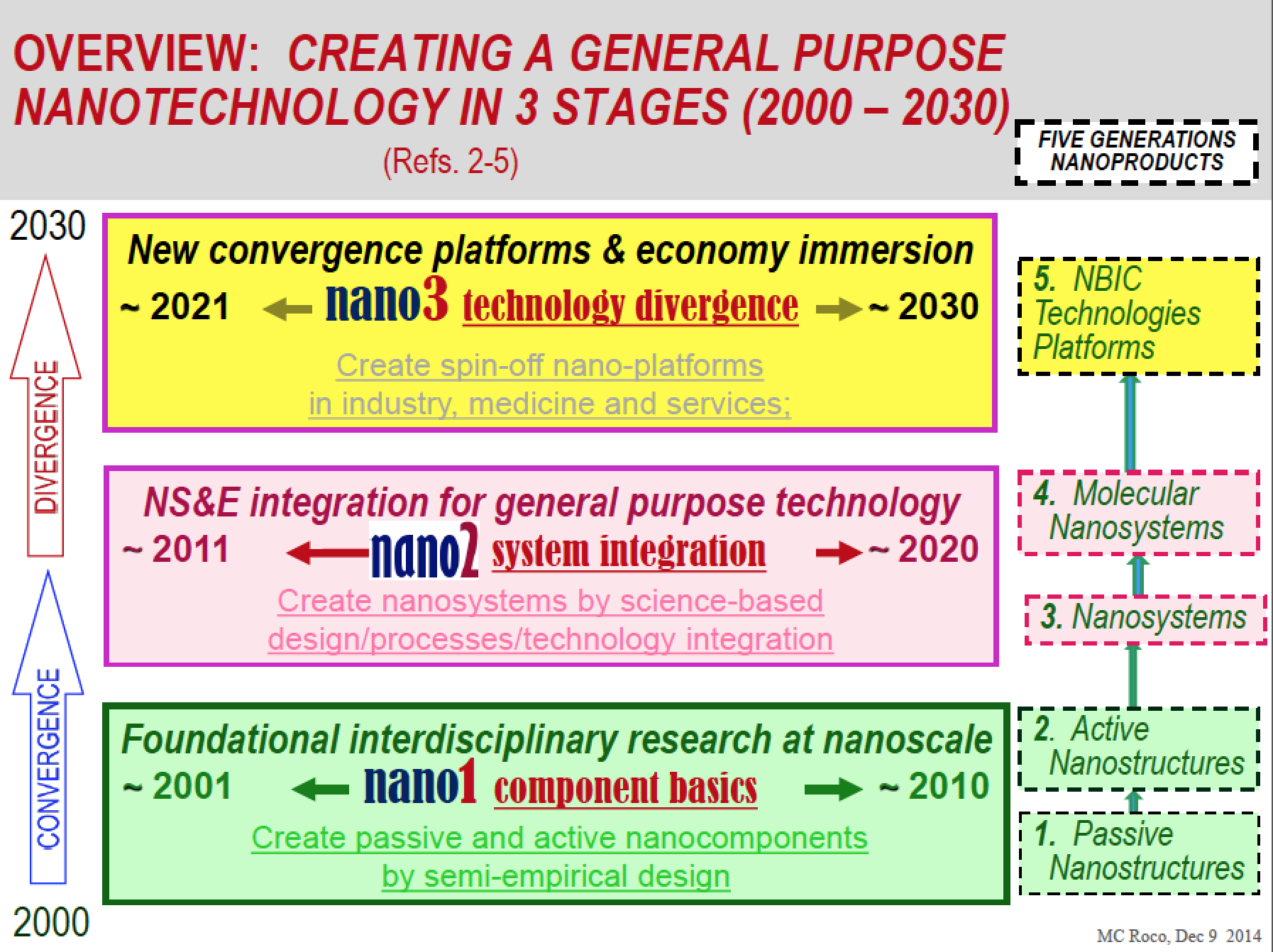 Mike describes the first decade of nano research as exploring nano component basics -- foundational research at the nanoscale.  NISE Net was formed halfway through this decade.

The second decades focuses on integrating science and engineering advances to form the general purpose technology that nano is becoming. Our NISE Net funding ends halfway through this decade.

The third decade, while it involves convergence between nano, bio, info, and cognitive sciences (NBIC), is a divergent period in which the underlying nano technologies become incorporated into many different spin-off platforms in industry, medicine, and services

We can think of this pattern as describing the evolution of the activities of the NISE Net as well. At the beginning we explored the basics--how can we engage the public, both children and adults, in learning about nanoscale science, engineering, and technology; and how can we build a network of informal educators and university researchers to do that work. In our second five years we integrated what we learned into the network's signature activities--NanoDays, mini-grants, professional development, and the nano mini-exhibition. Now we are poised to carry the "technologies" we have developed into divergent future projects and activities such as the Multi-Site Public Engagement with Science--Synthetic Biology project and potential future projects on making, brain science, chemistry and other topics. NanoDays-type kits, mini-exhibitions, Team-Based Inquiry, approaches to science & society, science communication training, approaches to inclusivity, network evaluation approaches, and a range of ways of working together are all "technologies" developed during the decade of NISE Net that we can carry forward to a diverse range of future projects.

You can access all of the presentations from the 2014 NSE Grantee Conference from the agenda page here: http://www.nseresearch.org/2014/program.htm