Apologies for the REO Speedwagon earworm, but it’s been fun to see how we at Montana State University can continue hosting…and even growing…our NanoDays program now that the 10-year NSF-funded program has ended.

COLLABORATING WITH OUR MICRO PARTNERS 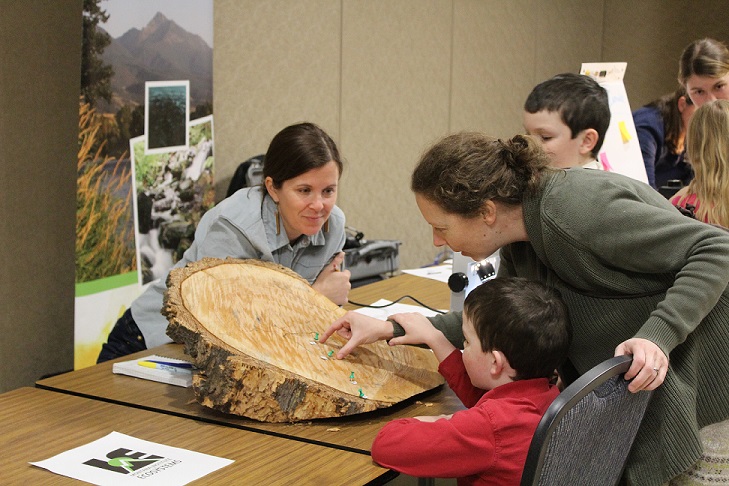 Our 2016 event has been our biggest-smallest-event yet! For the first time last year (2015), we expanded our NanoDays event by inviting other small-scale-but-not-quite-nano partners and re-christening our event "NanoDays / MicroDays." While several amazing nanoscale scientists and engineers are working at Montana State, we have even more researchers involved in micro-scale research, such as studying the thermophiles that live in the hot springs of nearby Yellowstone National Park. Expanding the theme allowed us to bring in more campus volunteers (about 60 students and faculty in total) as well as community partners, such as Michael Holland Productions, a local creative content studio that demonstrated a 3D printer making model of denticles, the tiny structures found on shark skin. Additionally, we found that the combination of nano- and micro-scale exhibits helped visitors better understand both via comparison.

An added bonus is that we were still able to host the same number of activities (actually, even more!) while keeping some of our NanoDays kits in reserve for next year. That means that even though we won’t be getting new NanoDays kit activities, we can pull out activities in 2017 that nobody saw this year. 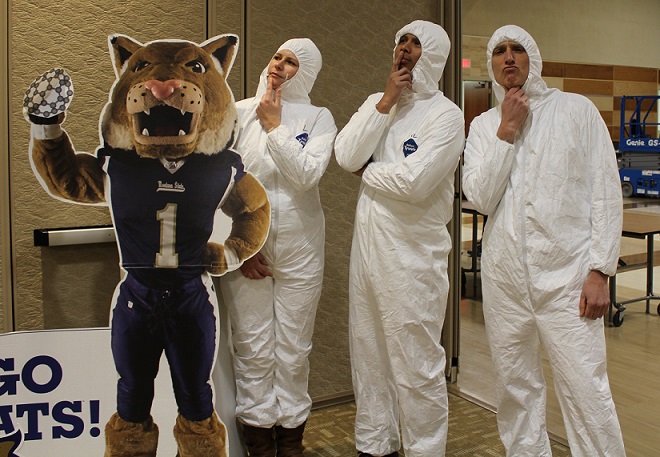 Each year for NanoDays, we invite fifth graders from two local Title 1 schools (schools that have a high percentage of students eligible for free and reduced lunch) for a private showing. We have always dreamed of sending each kid home with a nano activity they could demonstrate to their families, so we can share the nano love with more people.

This year—thanks to support from the Regional Library of Medicine via our MSU Library—we were able to do that! We replicated the Exploring Materials: Liquid Crystals activity on a small scale, so each of the 80 kids could have an activity to take home. We bought large liquid crystal sheets and cut them into 2-inch x 2-inch squares. Our AmeriCorps VISTA member helped insert each one into a sealable sandwich bag and made a small instruction sheet called "You be the nanoscientist!" When the fifth graders came to campus, she demonstrated how to create a hypothesis and design an experiment for their family members using the liquid crystal. Survey results told us that most fifth graders did, indeed, utilize the kit at home and described it as "cool," "awesome," and even "weird and awesome." 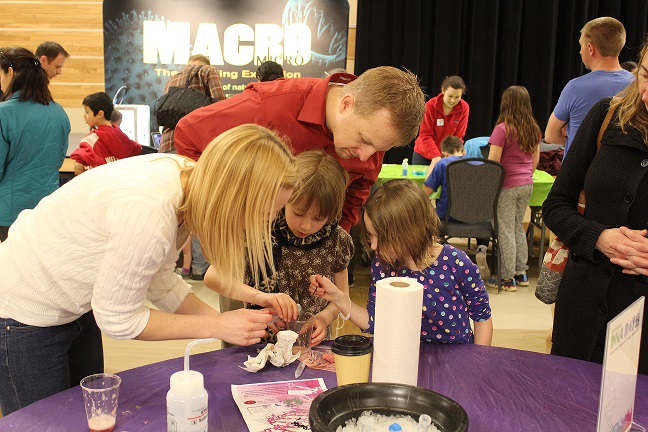 For the first time ever in 2016, Montana State University collaborated with the organizers of DNA Day, a national outreach effort of the National Human Genome Research Institute. Though our NanoDays / MicroDays event was held long before the official DNA Day (April 25, the anniversary of the completion of the Human Genome Project), we were able to use one of the activities from the DNA Day Website (Extracting DNA from Strawberries) and tap into their social media campaign. The activity was very popular, and we even recruited two new NanoDays volunteers to run it! DNA Day is a great connection to NanoDays, and we’d love to keep the collaboration going. See https://www.genome.gov/dnaday/