NISE Network partners all across the country celebrated the 50th anniversary of the Moon landing all throughout July. Here are just a few samples of partner events that were shared online through social networking sites with the NISE Network. If you have a celebration you would like to share with the Network community, please contact [email protected].

Today, a visiting group enjoyed playing in our space-themed Sun, Earth, Universe exhibit, a collaboration between NASA - National Aeronautics and Space Administration and NISE Network. Sun, Earth, Universe will be the mission control for our celebration this weekend of the 50th anniversary of the Apollo 11 Moon Landing. Join us for all of the “out-of-this-world” fun! 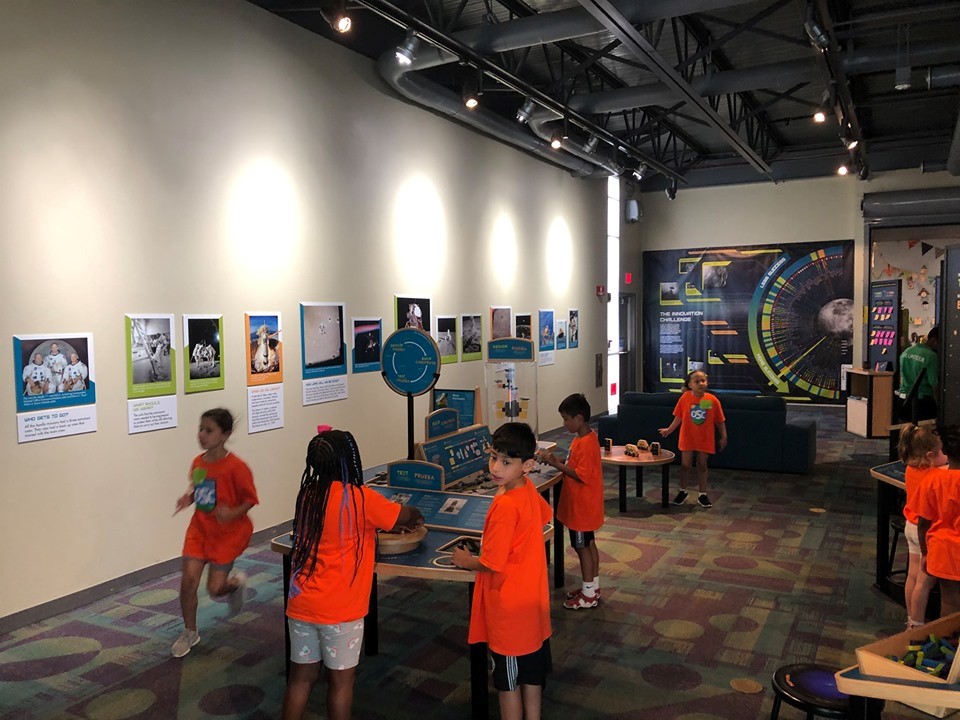 Imagine Children's Museum took part in the Global Rocket Challenge where visitors built and launched three types of rockets, utilizing some of the Explore Science: Earth and space toolkit activities. 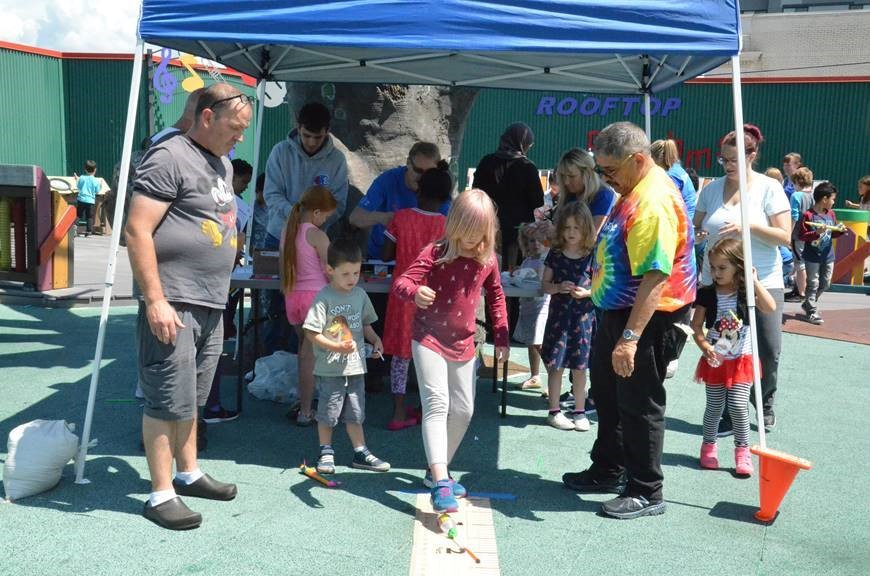 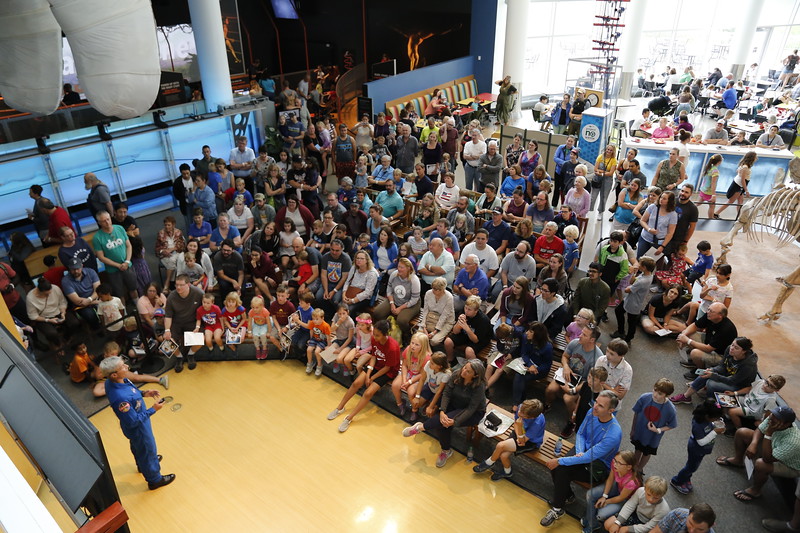 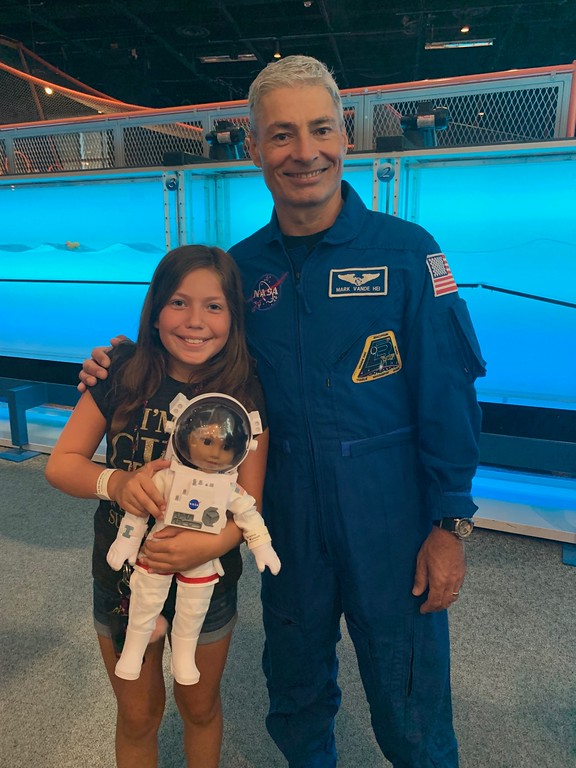 We also are celebrating the 50th Anniversary of the Apollo 11 Moon Landing by having science experiments provided by the NISE Network! 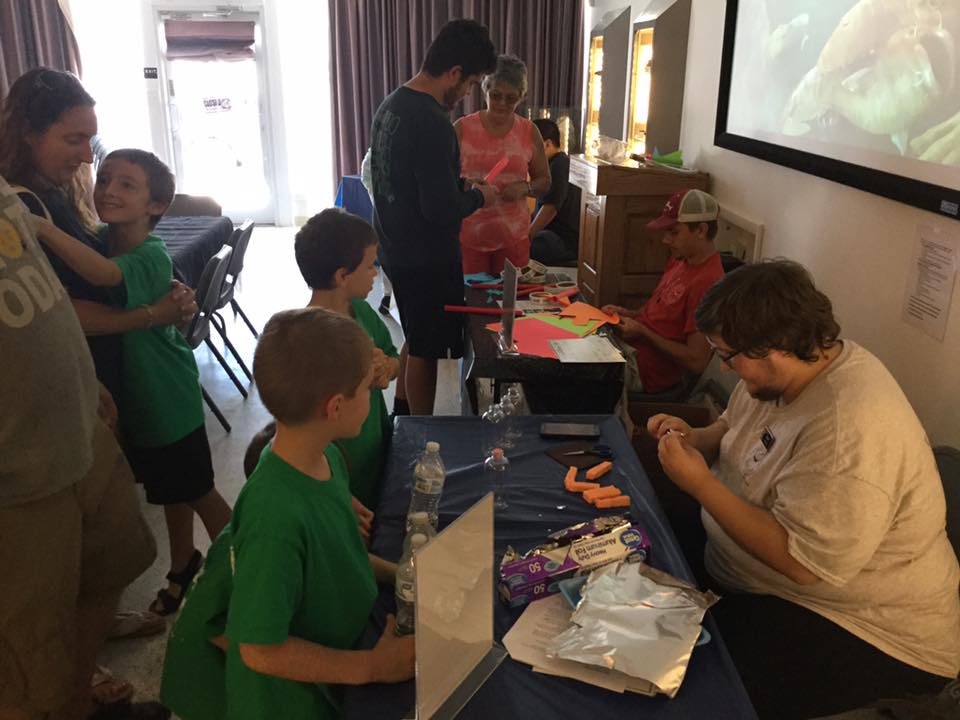 We're not sure who was more excited. The staff members from NASA's GVIS Lab who got to meet a living legend, OR Louis who got to play with the latest VR technology! Louis Povinelli was an engineer for NASA's Glenn Research Center for 58 years and was instrumental developing the liquid hydrogen fuel systems. It's these very systems that were critical in the Apollo mission's success! We were honored to meet you this weekend, Louis! 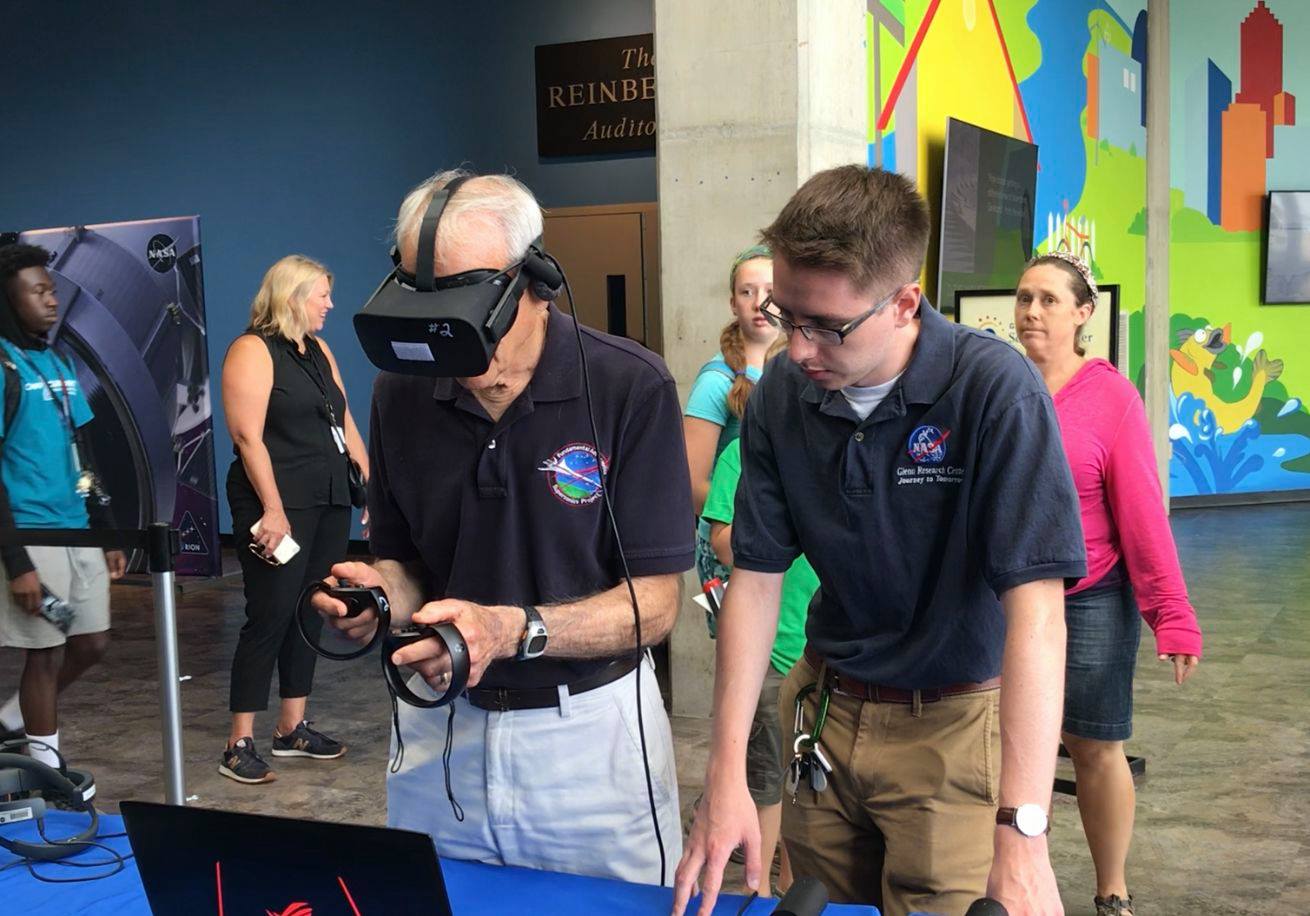 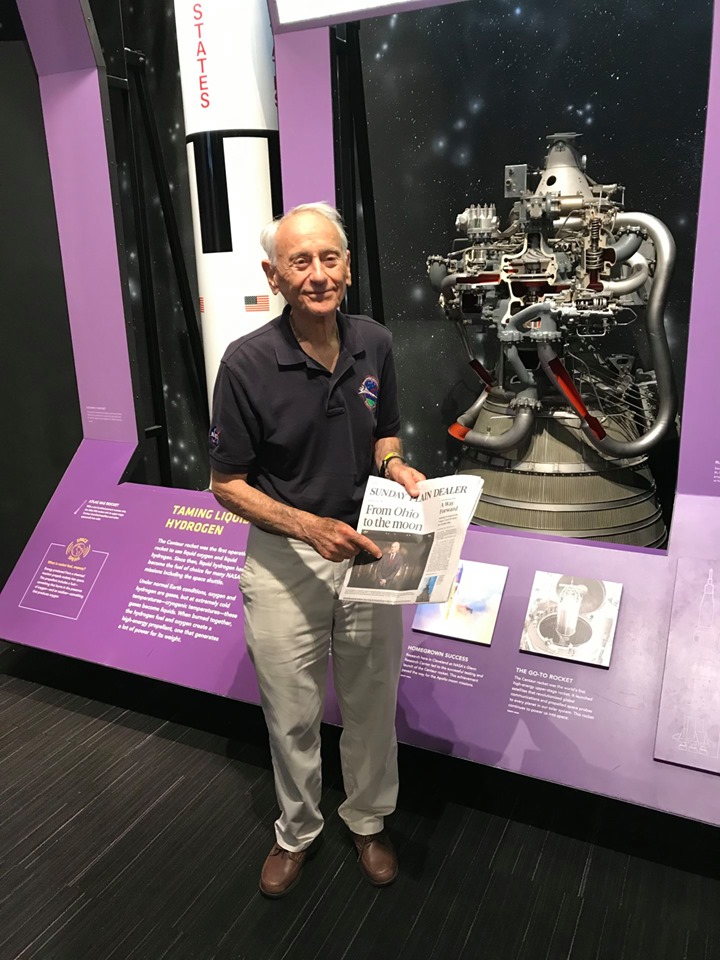 Thank you so much to everyone who joined us today to celebrate the Moon landing anniversary! Guests got the opportunity to explore the Moon, Mars, Europa, and the launch of the Apollo spacecraft through augmented reality. Visitors also explored Earth and Space with our NISE Network kits, Hide and Seek Moon and Pocket Solar Systems. We loved meeting our future astronauts who got to imagine walking on the moon and so much more. 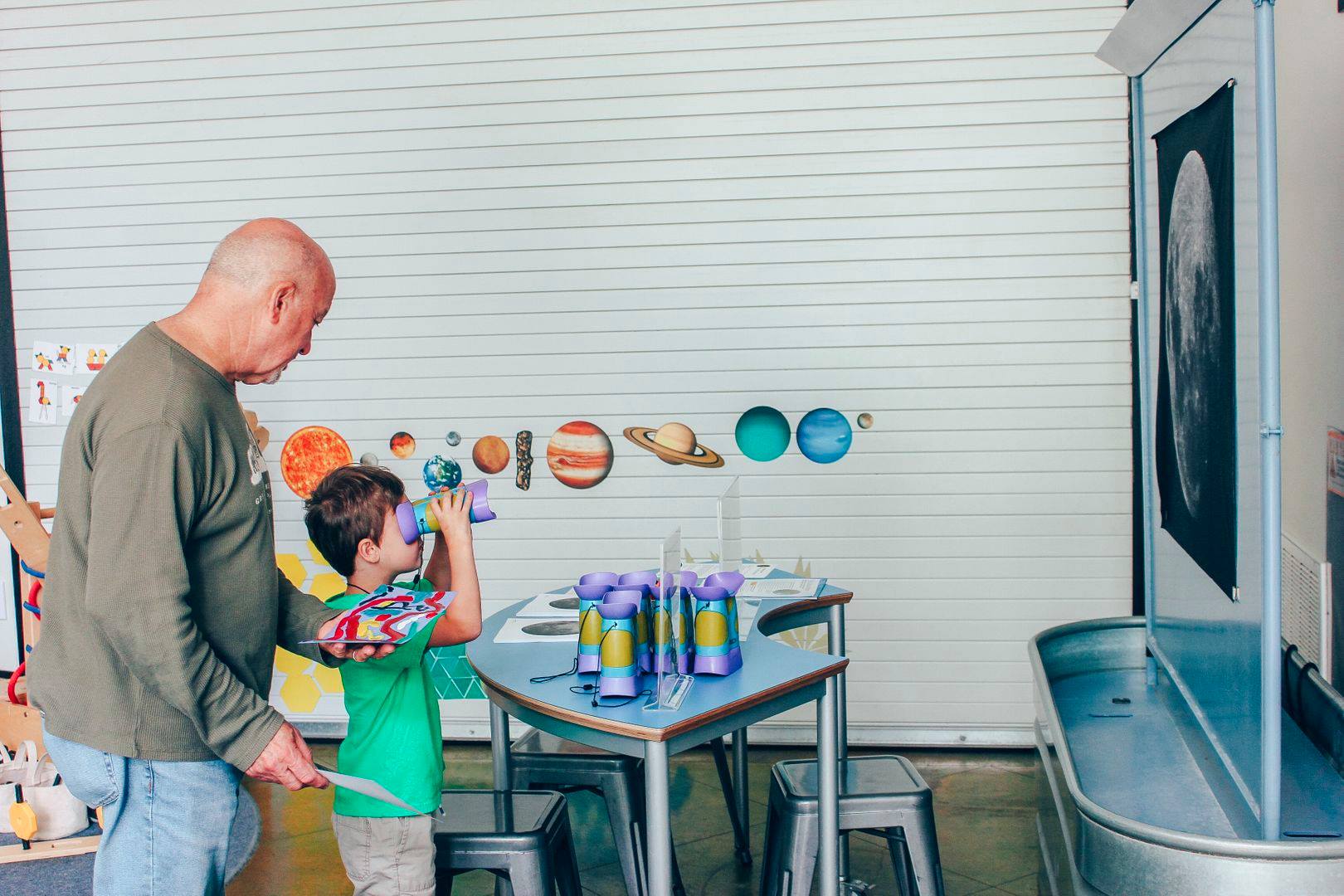 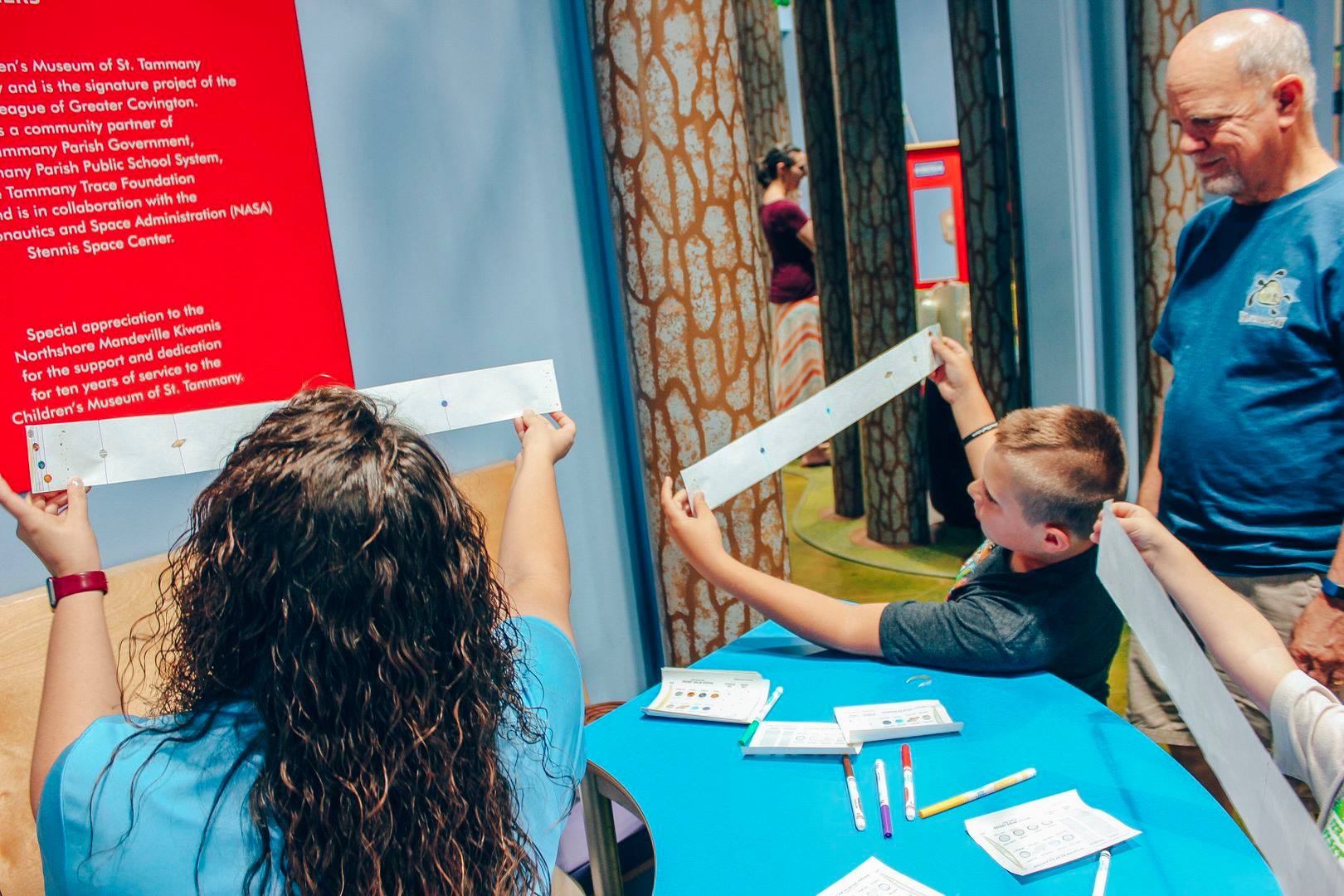 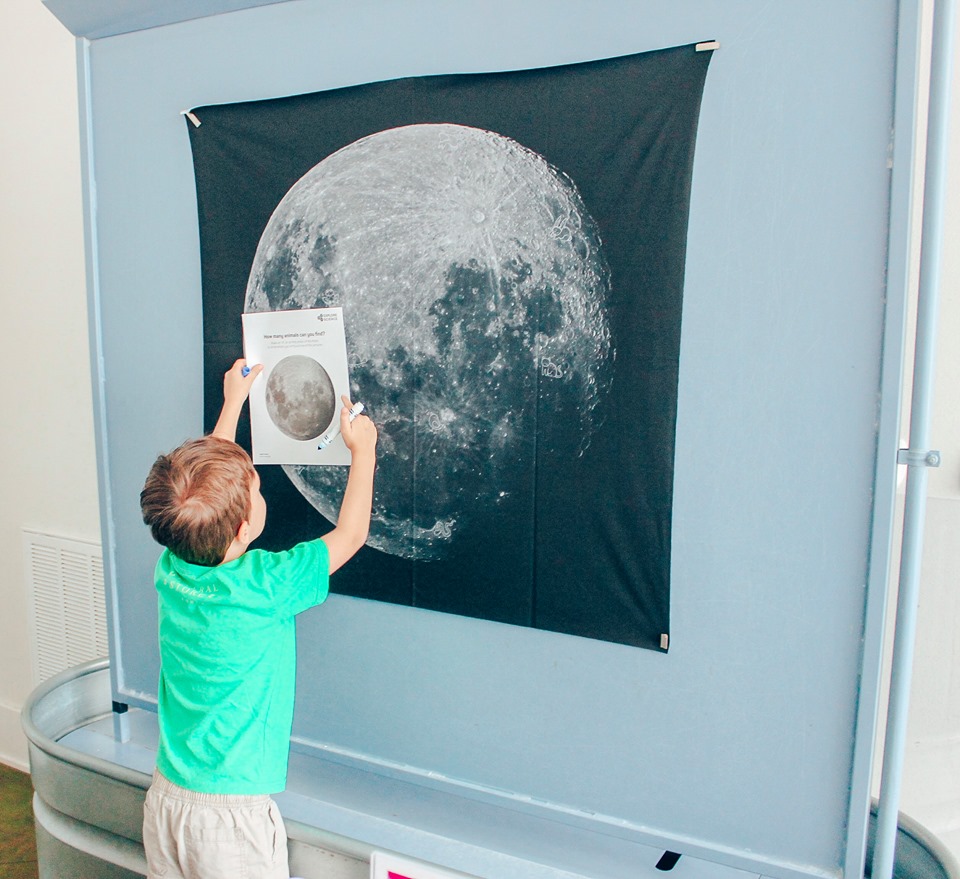 The Space Foundation just celebrated the 50th Anniversary of Apollo 11th on July 20th, 2019, and had nearly 1,200 visitors to our museum that day! We featured a few of your Moon and Apollo 11 resources at one of our booths! Specifically, “Breakfast Moon,” “NASA’s SSERVI Understanding Small Worlds in the Solar System A Tactile View” braille book, and “NASA’s SSERVI Getting a Feel for Lunar Craters” braille book. 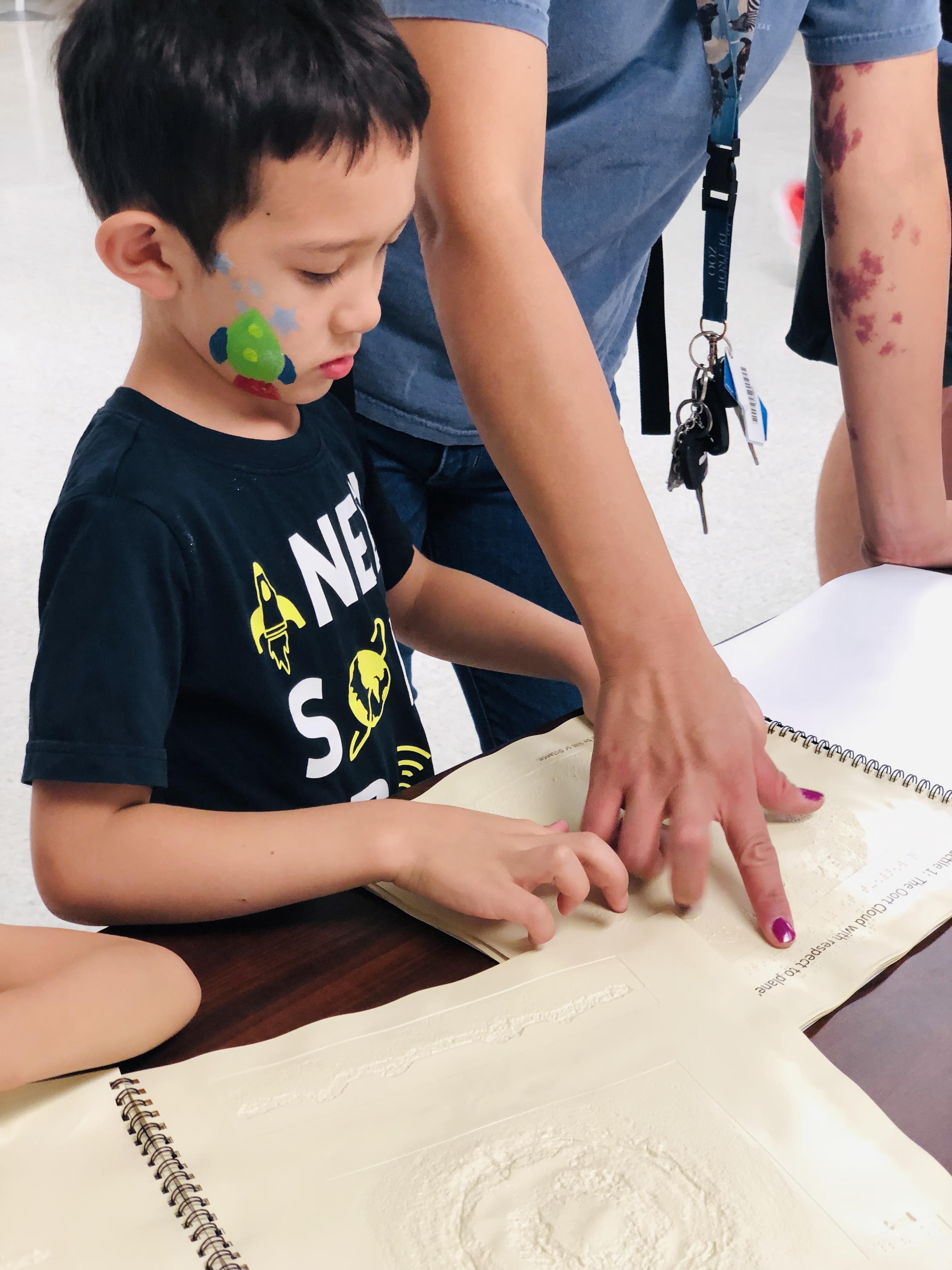 Ready to celebrate the 50th anniversary of the Moon landing!!! #apollo11#onesmallstep 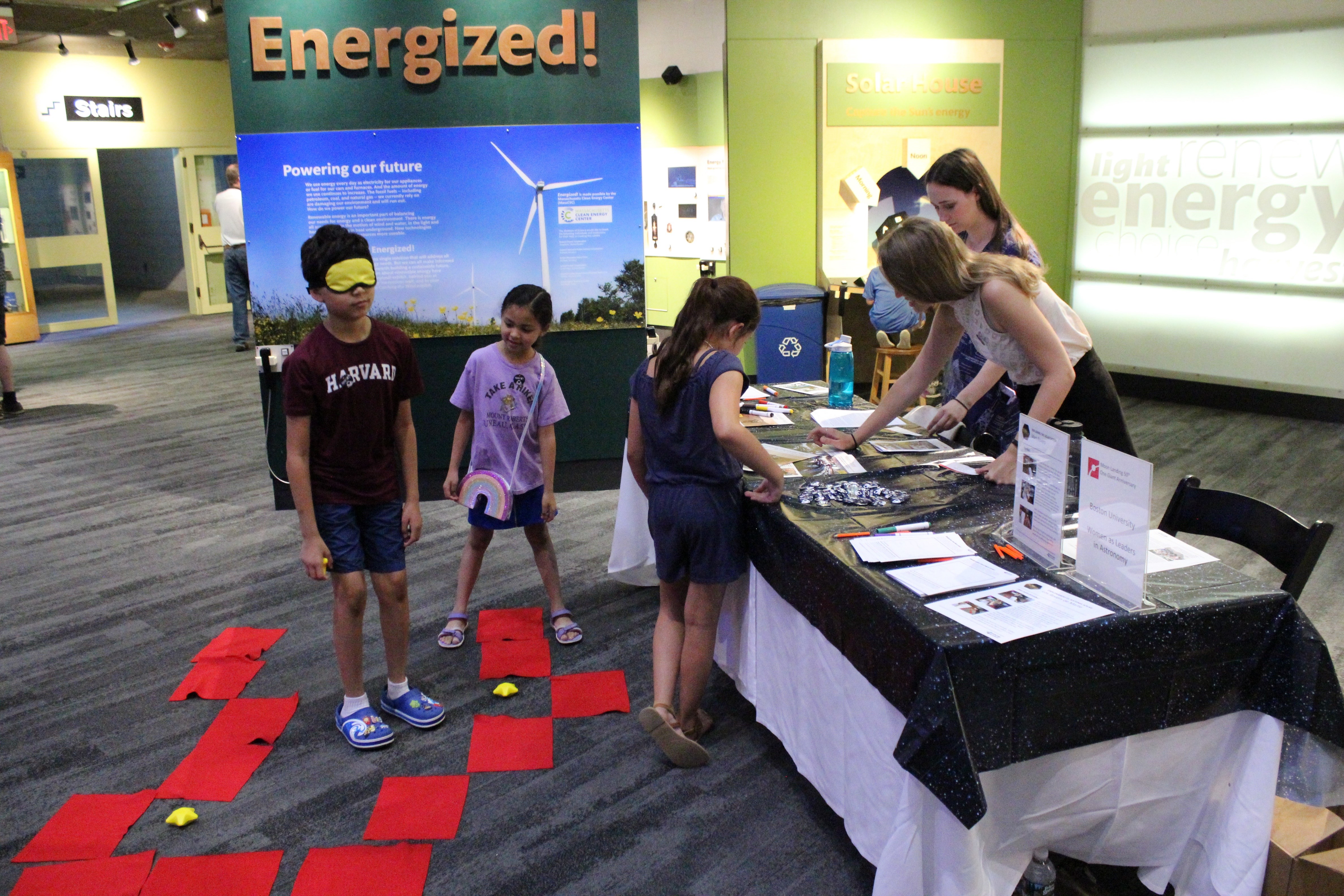 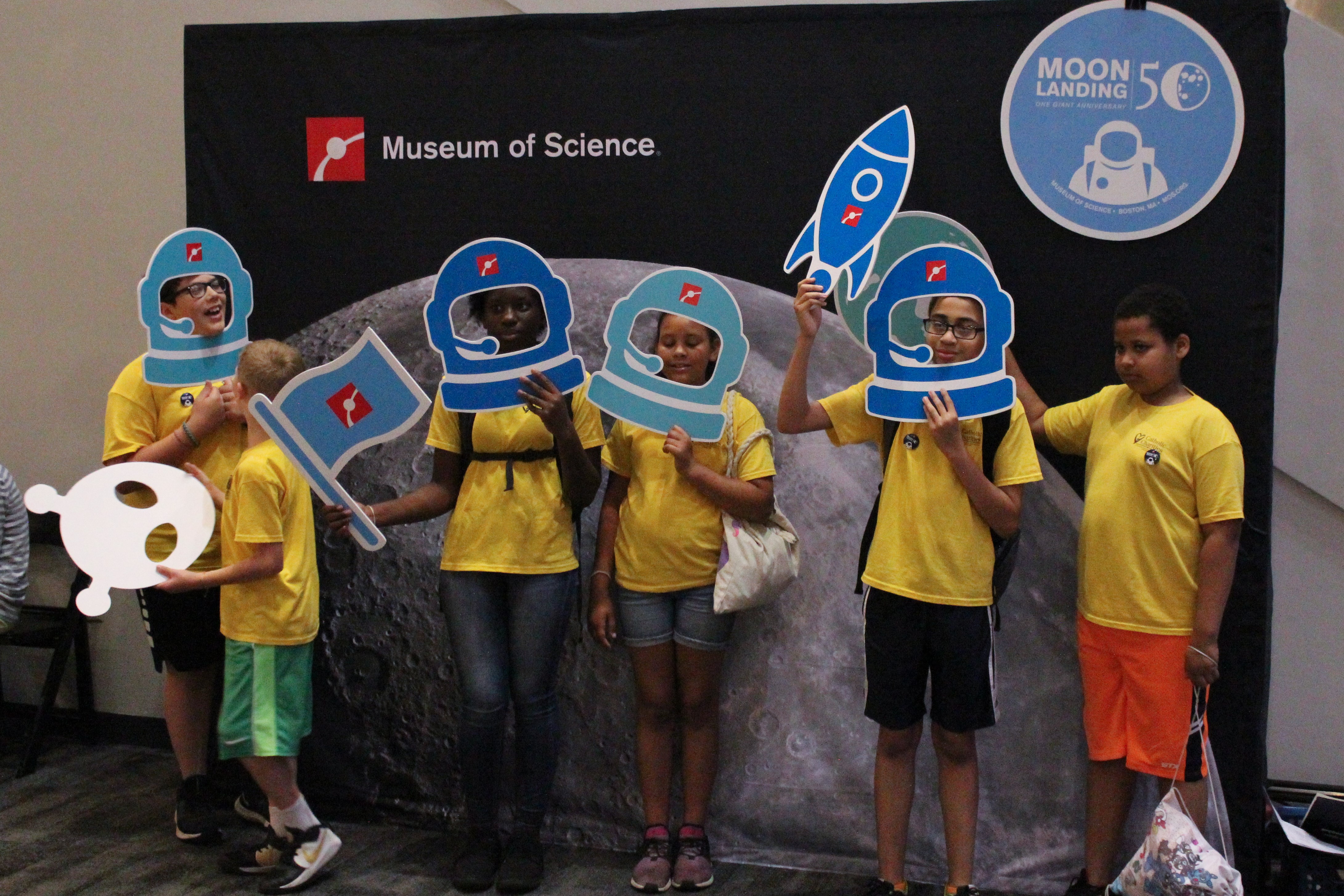 The Frontiers Of Flight Museum hosted the biggest annual space exposition in Texas. The festival is a science, technology, engineering and math (STEM) focused space-themed public event. This year, the celebration commemorates the 50th anniversary of the Apollo 11 lunar landing. 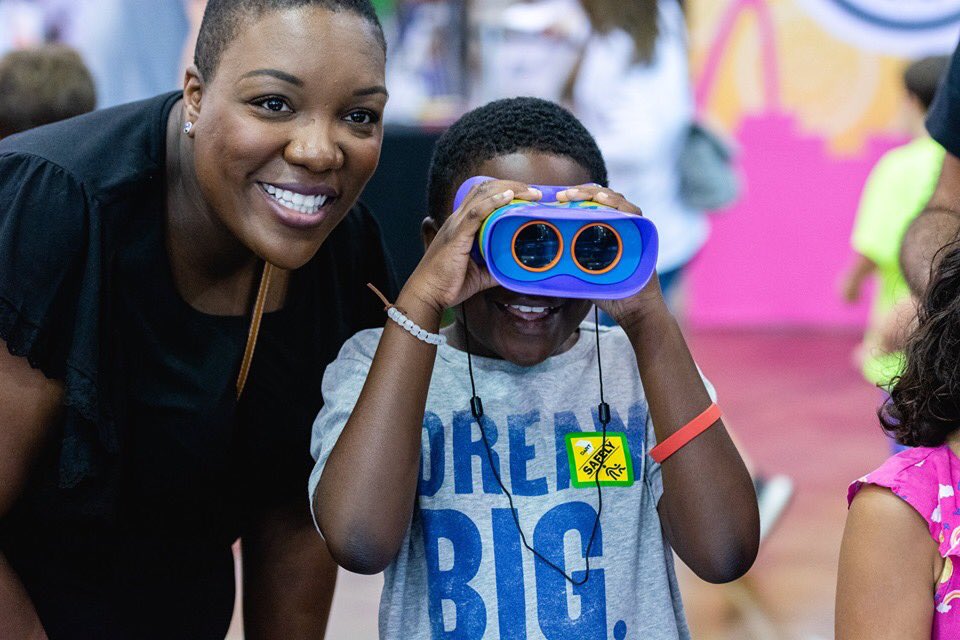 On this date fifty years ago, Neil Armstrong took one giant leap for mankind! Apollo 11 landed on the moon in 1969. And, today, with a little help from the National Air and Space Museum, Smithsonian Institution, Neil Armstrong visited the Children's Museum (using Augmented Reality)! Join us for special space programming today from The Explore Science: Earth and Space toolkit. 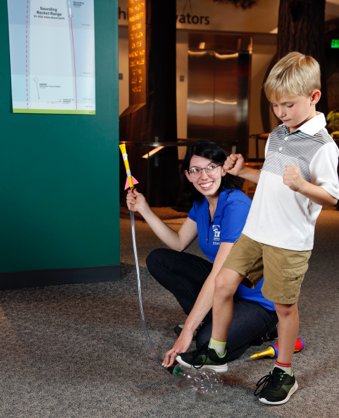 This special Countdown to Launch event included hands-on activities, visitor interviews about the meaning of the Moon landing to them, and special exhibits. 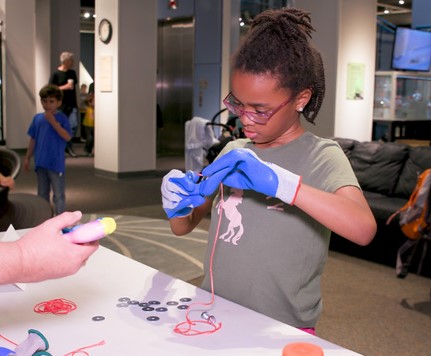 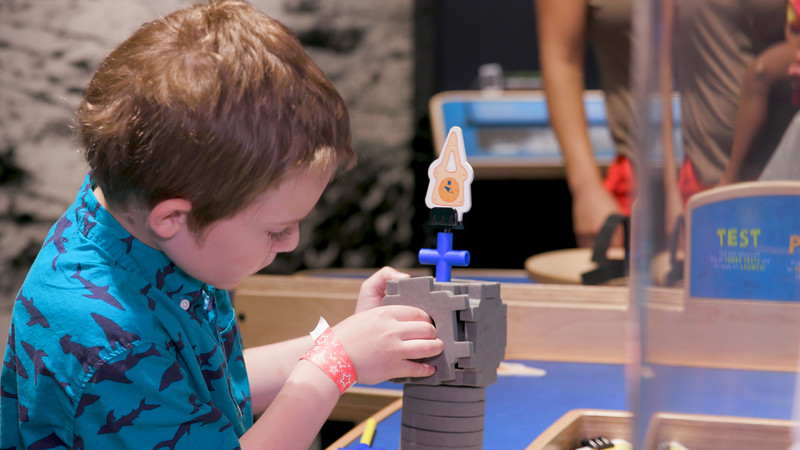