The Frontiers of Flight Museum’s “Moon Day” in Dallas celebrates the past, present, and future of space flight and has become the largest annual space-themed exposition in Texas. Moon Day was established in 2009 by the Museum, in collaboration with the National Space Society of North Texas, as a family-oriented annual event on the Saturday closest to the anniversary of the first Moon landing. This year, the Museum’s 10th Anniversary Moon Day focused on the 50th anniversary of the Apollo 11 mission and was held on July 20th—the exact date of the first landing on the Moon. 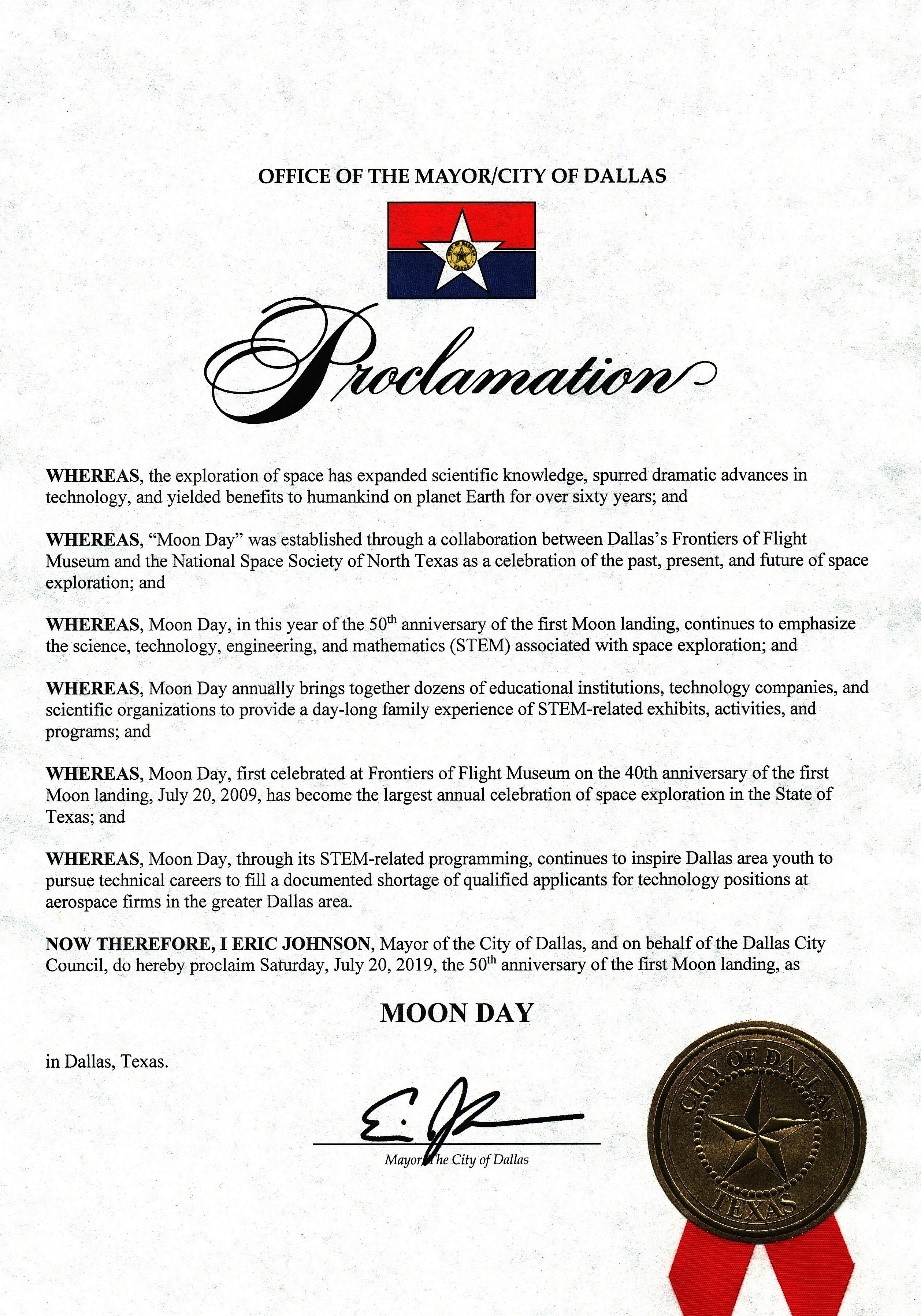 Thanks to the NISE Network for providing education materials on the history of the Apollo 11 and the Hide and Seek Moon activity to engage with our school age visitors. 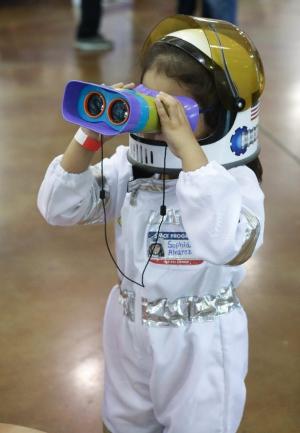 A record-breaking 2,200 visitors enjoyed exhibits and activities from over 30 local, regional, and national scientific organizations and technology companies.

One of the most popular attractions on the exhibit floor was our own Space Portal Odyssey Capsule is an engaging and immersive digital portable planetarium we use for both on-site and outreach programming.

Our student-oriented Moon Academy programs gave younger visitors a “Tour of the Moon,” a close-up look at Moon rocks, and a “Lunar Crash Course” in survival, while our college-level Lunar University programs addressed the future of space flight, the science of solar eclipses, and the importance of simulated lunar soil from its inventor, Dr. James Carter of the University of Texas at Dallas.

STEM Education is the centerpiece of Moon Day as an important part of the Museum’s Education Department programming. As the Museum celebrates its 30th anniversary this year, the Education Department continues its considerable growth in becoming exemplary in STEM education in the Dallas-Fort Worth area and throughout Texas, as illustrated by being chosen in 2018 for the prestigious Million Women Mentors® - Education Stand Up for STEM Award. 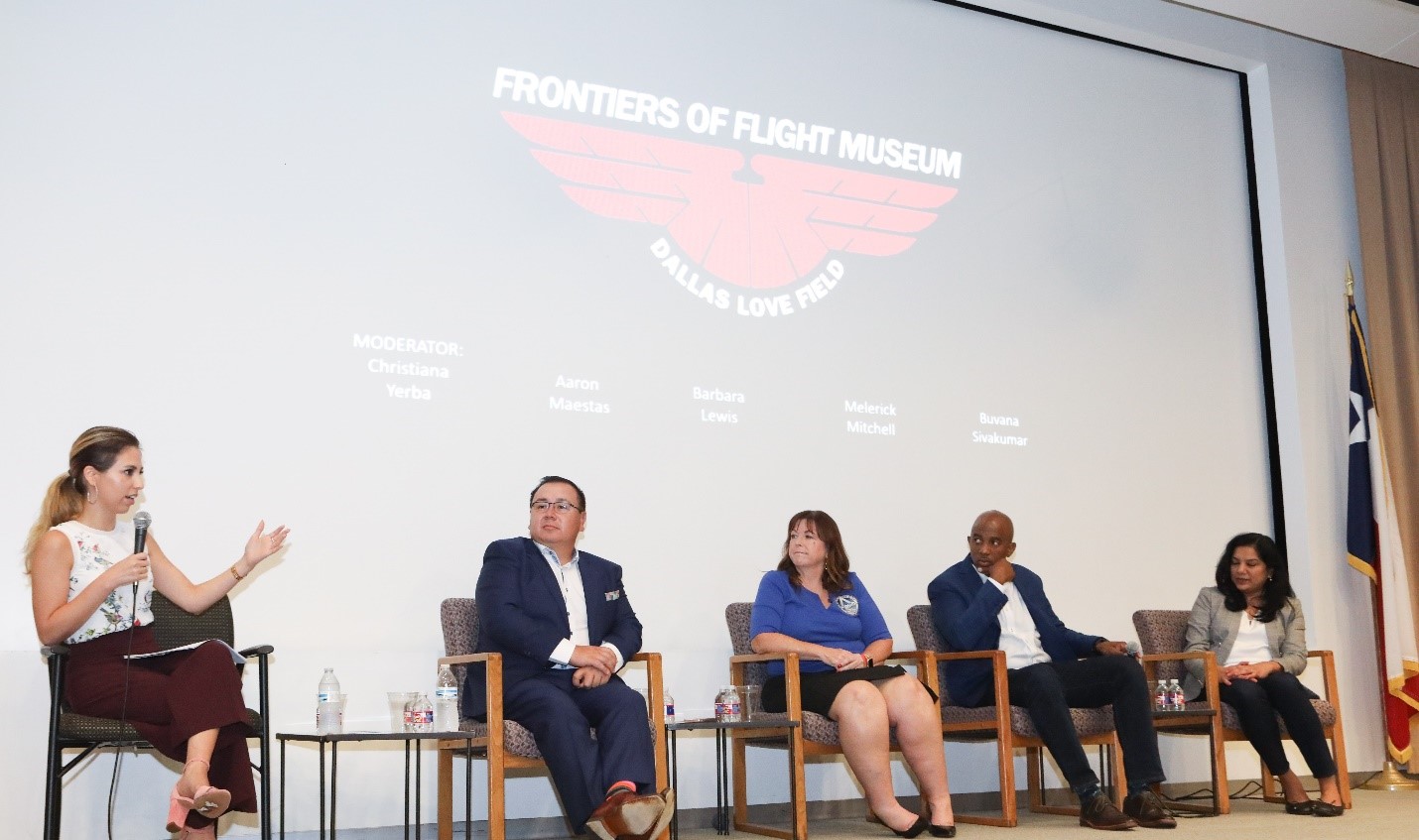 In a moderated STEM Education Panel, top industry leaders, including representatives from NASA, Raytheon, Capital One, Vouch and Drive Influence shared how students, parents, and community organizations can better prepare future leaders for the workplace in a global economy.

Astronaut John Blaha, an Air Force combat veteran and test pilot with over 7,000 hours of flying time in 34 different types of aircraft, gave his Keynote Address to an overflow audience. Continuing our Moon Day tradition of an astronaut Keynote Speaker, Blaha related his experiences during his remarkable career, which included four Space Shuttle missions (two as a pilot; two as the commander) and four months as an engineer aboard the Russian Mir space station for a total of 161 days in space.  He also gave a group of the Museum’s summer program students the experience of a lifetime by meeting with them for a private question-and-answer session before his auditorium presentation. 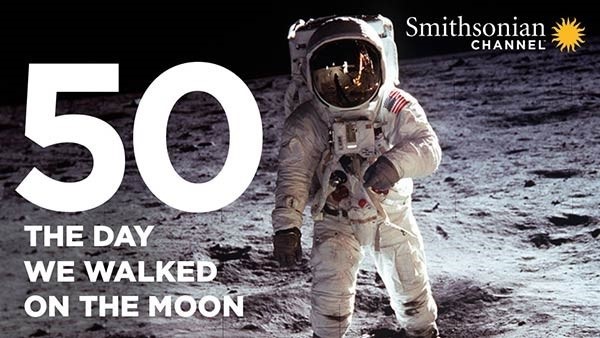 Visitors also had the opportunity to join audiences at 50 other Smithsonian Institution-affiliated museums across the country for an exclusive premiere screening of the Smithsonian Channel documentary The Day We Walked on The Moon. This special production marked the 50th anniversary of man’s first steps on the lunar surface and tells the story of this defining moment in our history.

Finally, this year’s event also gave Moon Day visitors a chance to explore the Museum’s recently expanded Space Flight Gallery, which honors the legacy of the Apollo 11 mission and features:

Save the date—Saturday, July 18, 2020—and join us next year for Frontiers of Flight Museum Moon Day to experience award-winning, Smithsonian-quality STEM programming! Visit flightmuseum.com to learn more about our STEM Education Programs.