The 2018 and 2019 Explore Science: Earth and Space toolkits, as well as the Let’s Do Chemistry kit quickly became an integral part of Ingram Planetarium’s hands-on science offerings and outreach activities, as well as a foundational training tool for staff and volunteer educators, however they largely remained separated from the dome programs that were at the foundation of Ingram’s mission. Early in 2019, Katherine Hunt the manager at Ingram, was able to meet with more planetarium partners across the network during the NISE Network's Earth and Space Partner Meeting and realized the facilities like her own utilized the kits in much the same way, and that the kits were always executed rather separate from dome programs. It was also noted that despite the heavy presence planetariums have had in Earth and Space education, and the diverse representation of planetariums in the network, there was not an abundance of planetarium specific connections to the materials. Inspired to see planetarium programs specifically designed around the learning framework and activities in the Explore Science: Earth and Space project she returned to her team with a new initiative to fully integrate at least one kit into a dome program by the end of the year. This partner highlight will focus on that experience and the process used to fully integrate a kit into the dome theater with the goal of diversifying content, creating more engaging and interactive experiences in the dome for the learner, and to further empower Ingram’s education team to execute interactive programs in the planetarium environment. 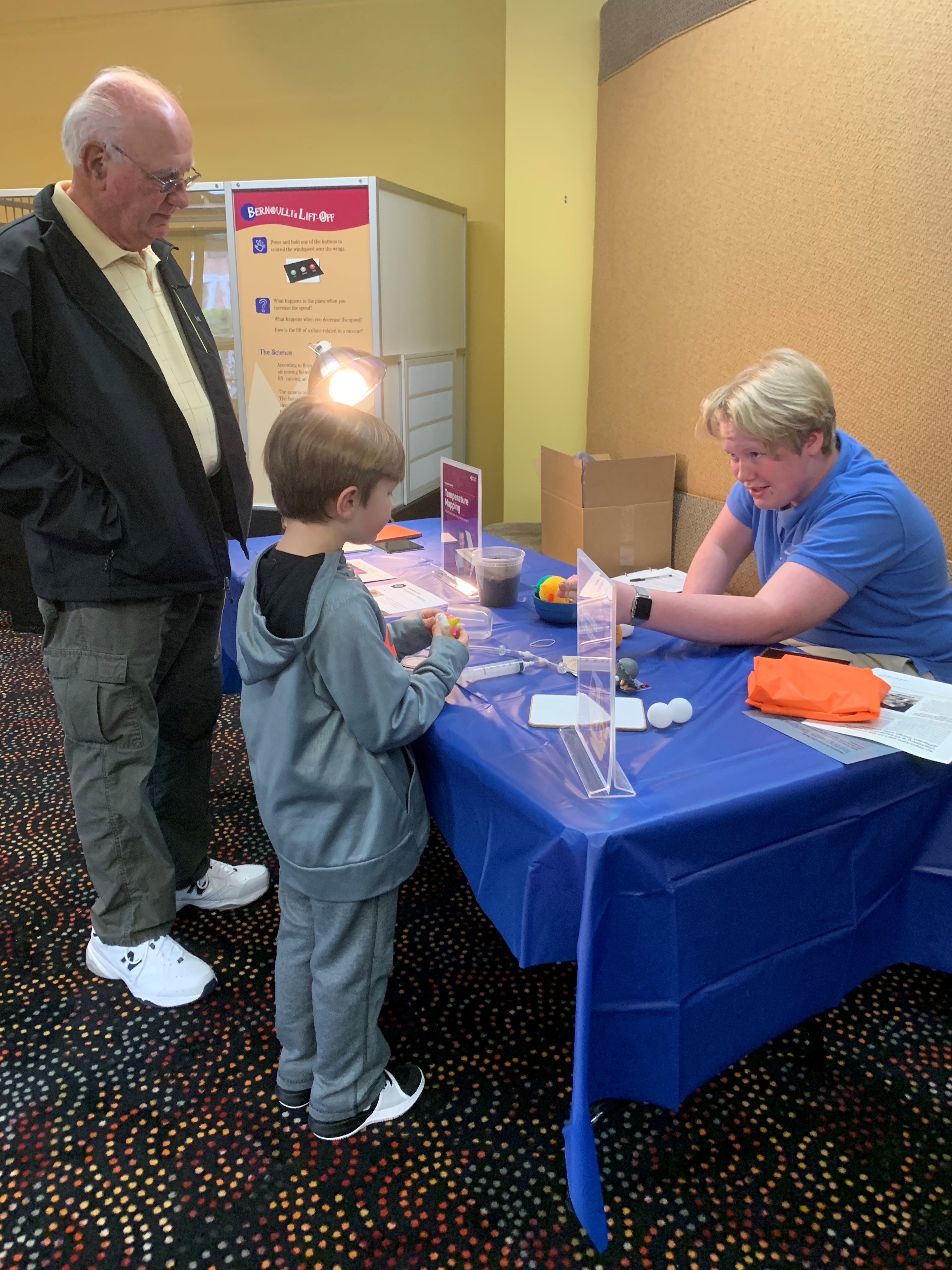 In the first phase of development, the biggest question was what kits would work best in the dome theater. To answer this question Ingram evaluated the kits for two major qualifiers, the first being the visual components. Kits that would be a good fit in the dome needed to have a strong emphasis on visual exploration to benefit the most from the very graphic and model heavy environment that the dome theater provides. Secondary to this, Ingram also looked for kits that had kinesthetic activities to them that could benefit from the dome space. One major challenge in integrating kits came with program length, most kits were designed with a three to five-minute execution time, and most planetarium programs are much longer in length needing to fill about a half an hour. It was apparent that combining kits from NISE Net or other Earth and Space resources with overlapping concepts would be necessary to fully design a planetarium appropriate activity.

It was also a priority that the program be designed with cross site sharing in mind. One challenge that comes with this goal is the wide range of technical capabilities from site to site. For this reason, when the activity was translated into a sharable resource it was done so with replication directions in mind rather that program files. Leveraging the very effective Facilitator Guide model from the physical kits, the program was translated into a template with visualization recommendations to be replicated as possible with software available, talking points that could be adapted presenter to presenter, and conversation prompts to increase audience engagement. There were also learning objectives as defined in the kit and any supplementary materials. 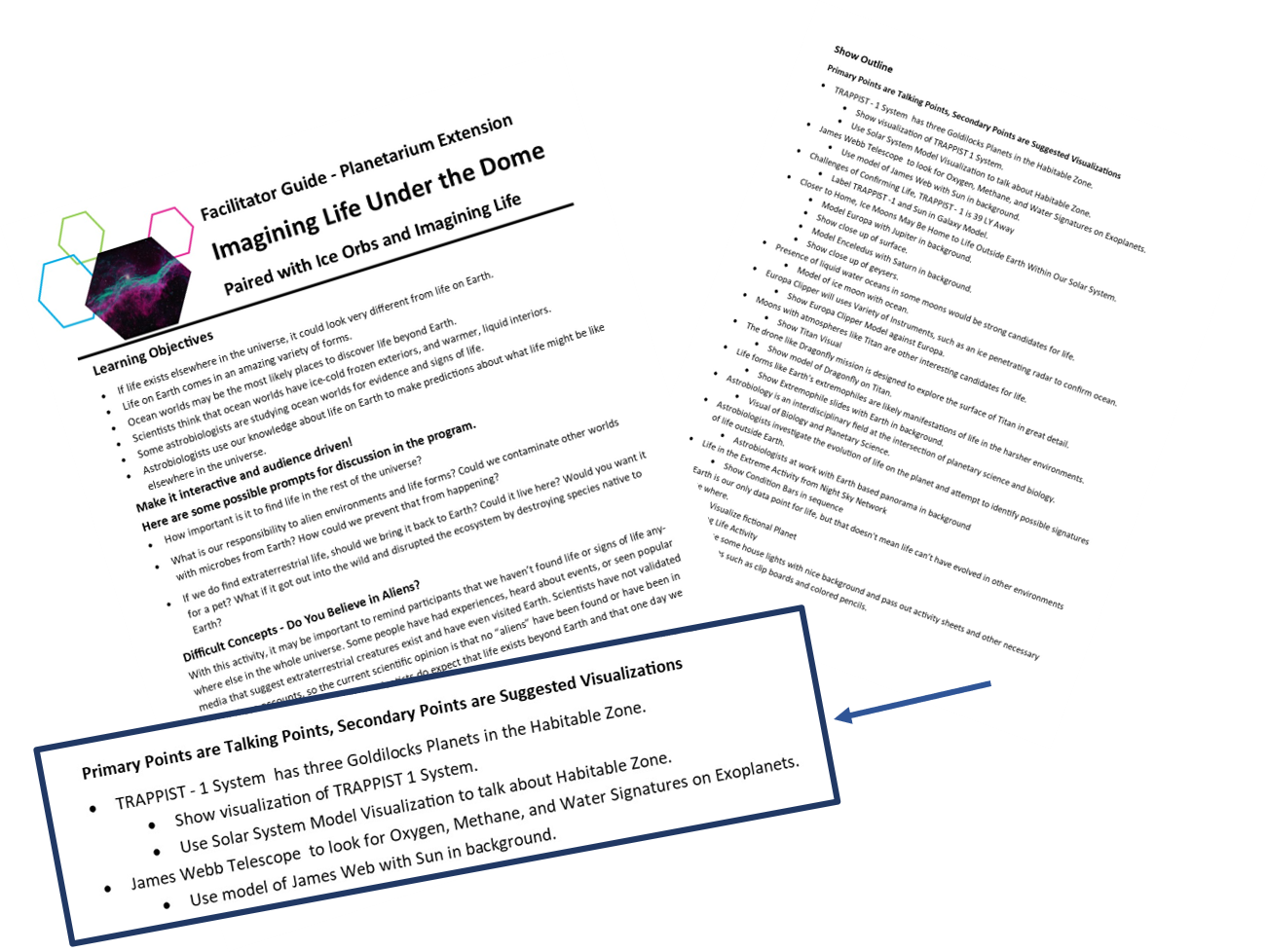 Kat also converted many of the visuals in the chosen activities to dome friendly formats that could be used if desired, giving another site a start on the visuals for the dome. 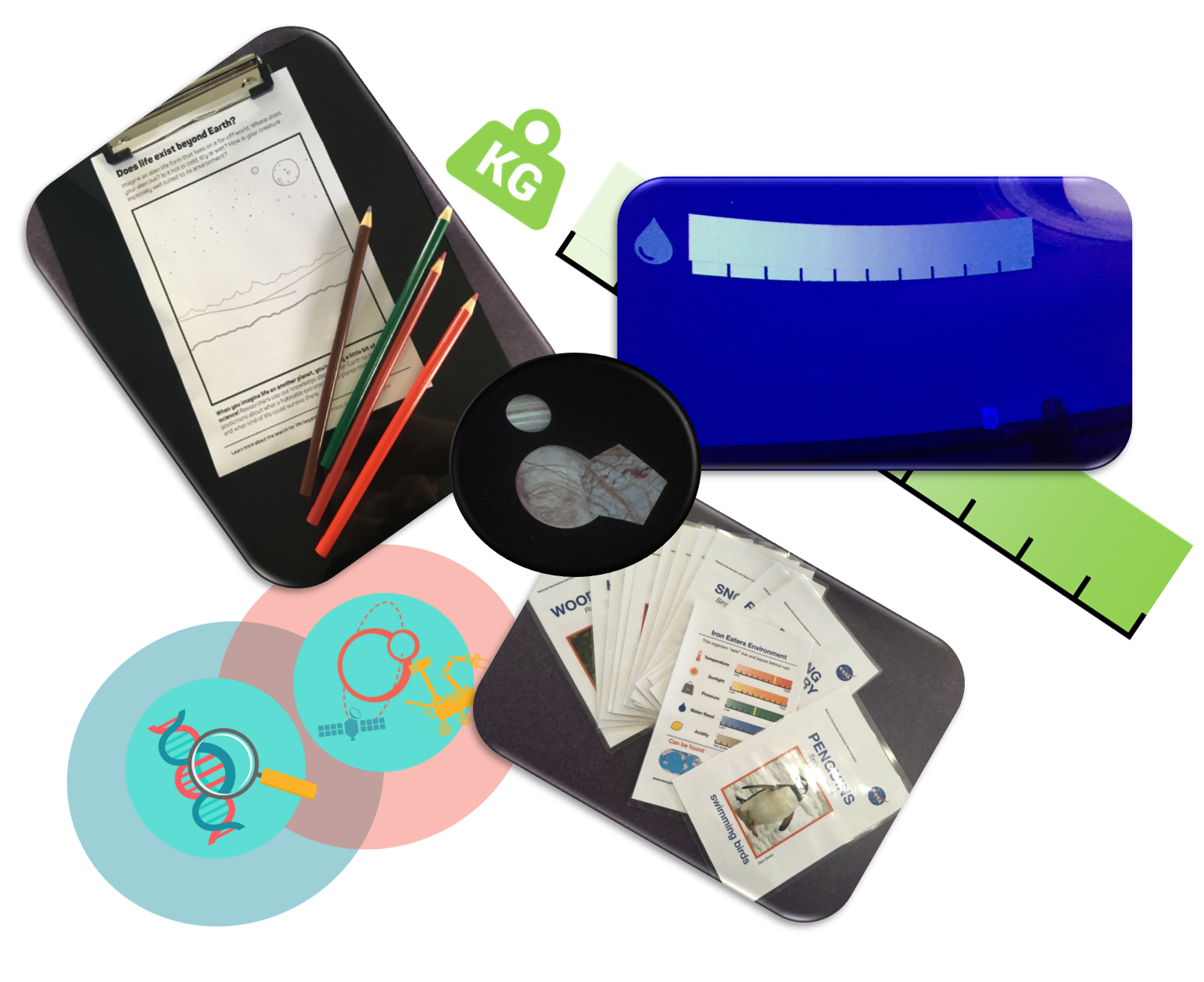 The final pilot for this program consisted of elements from the 2017 Earth and Space – Imagining Life and 2017 Earth and Space – Ice Orbs as well as a kinesthetic activity from The Night Sky Network called, Night Sky Network – Life in the Extreme. All resources made around the pilot have been shared, via a Google Drive through Ingram Planetarium, at the following address: https://drive.google.com/drive/folders/1o6C0iq0m8RvmaVgZ30Faht5YJjfGvNYD. 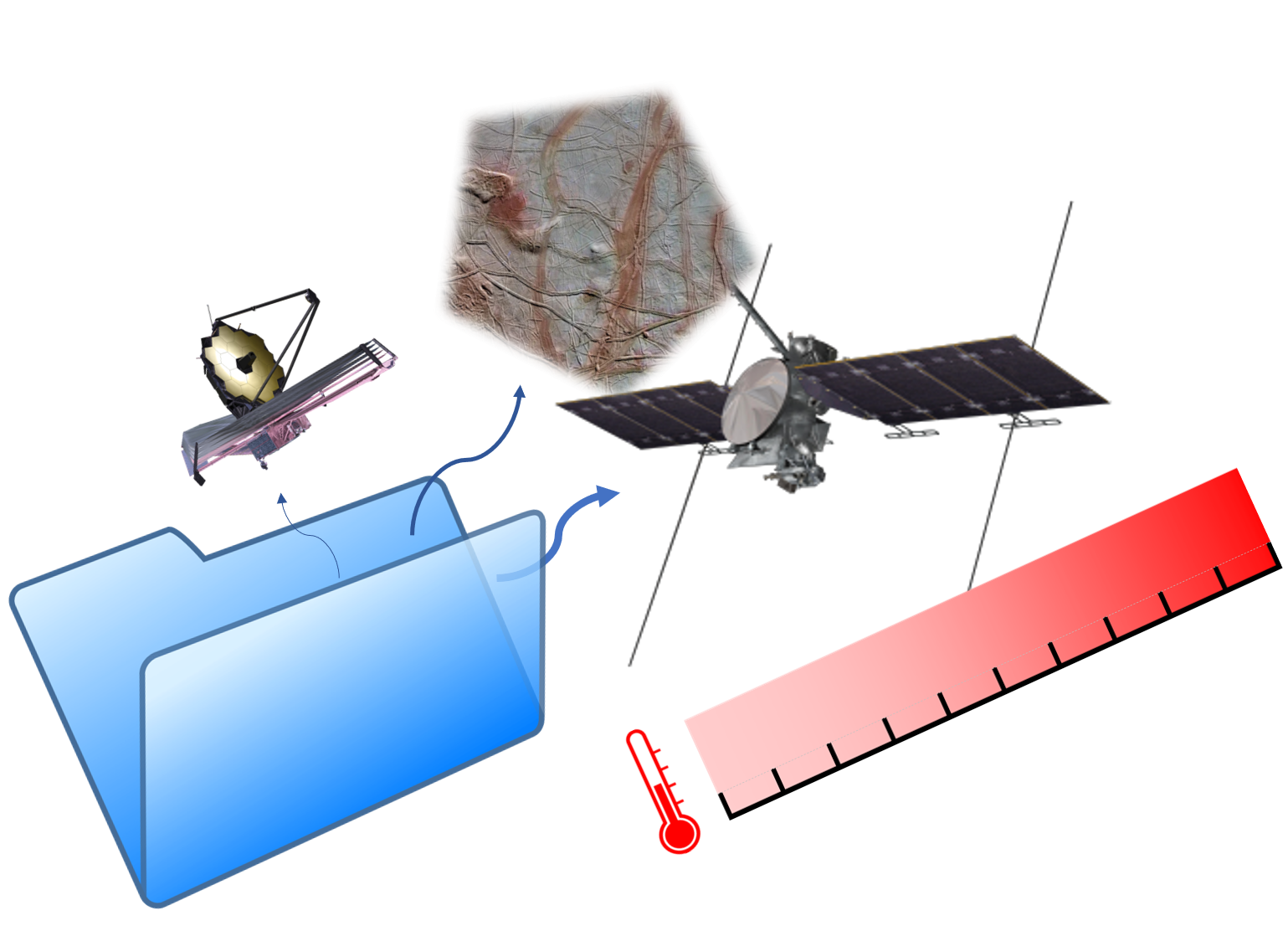 Additionally, because Ingram Planetarium is a Spitz SciDome site, the appropriate files for a SciDome system have also been included. Ingram Planetarium plans to continue evaluating and translating Earth and Space kits into full planetarium programs in the near future and will share any additional kit extensions in this same public file. If anyone is interested in the materials, and does not have access to Google Drive, Kat can be reached for support at katherine@museumplanetarium,org. 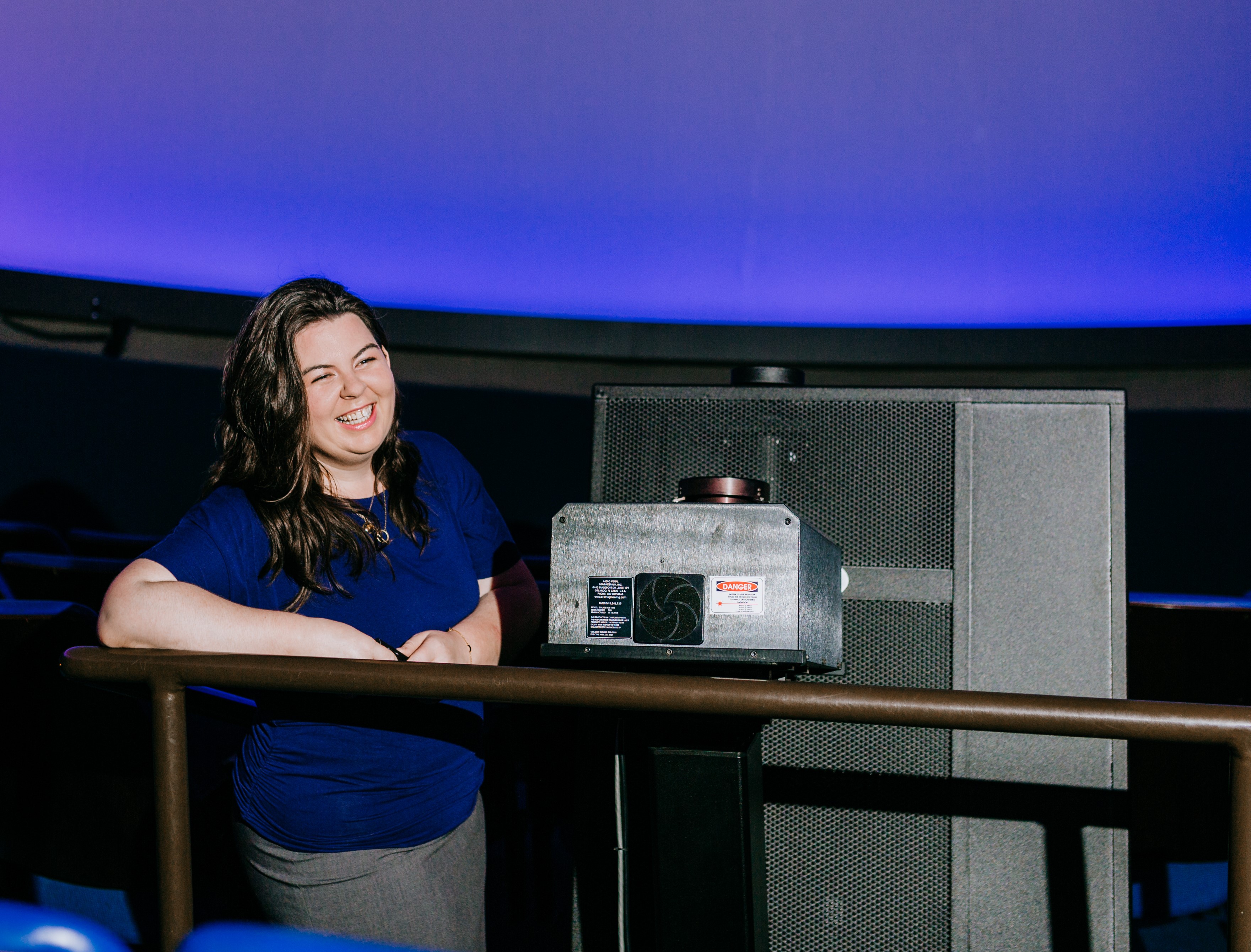