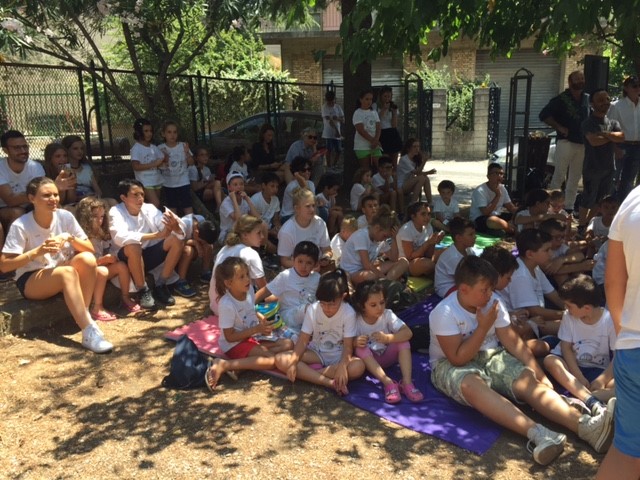 The Eighth Edition of NanoPiccola, the junior academy of nanosciences based in Gagliato, Calabria, Italy, took place at the end of July 2016. Gagliato is a small town (population 500) that is one of the most disadvantaged regions in Europe. This year’s junior academy was attended by more than 80 kids, ages 5-18, from Gagliato and nearby villages.

The Accademia of Gagliato of the NanoSciences was established in 2009 by the initiative of Mauro Ferrari, President and CEO of the Houston Methodist Research Institute (HMRI) and pioneer in the field of nanomedicine, and his wife Paola. Inspired by the senior scientists’ gatherings in Gagliato, NanoPiccola, the junior extension of the Accademia of Gagliato, launched NanoPiccola days offering children in the local community an opportunity to learn about nanotechnology and its applications. NanoPiccola days is a program that includes hands-on activities and games, presentations, scientist trading cards, and Q&A sessions with scientists and the public. In 2010, the Houston Methodist Research Institute became a partner of the NISE Network, and NanoPiccola an international collaborating partner. Upon joining the Network, the Accademia was able to improve upon their own line of activities and experiments, and a Network from which to draw further inspiration and support! 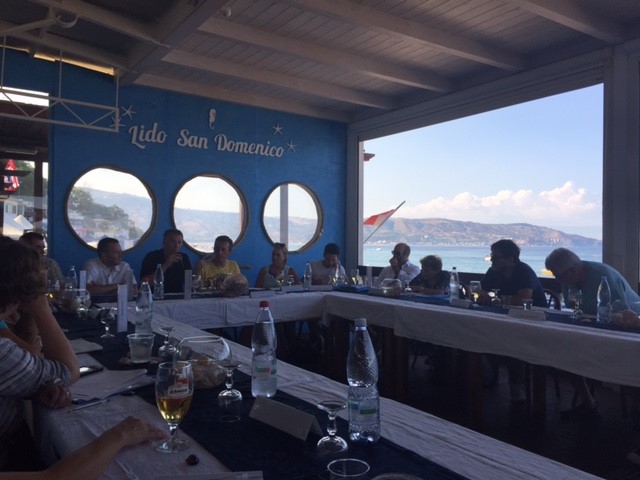 Since its establishment, these series of events have become known as NanoGagliato (nanogagliato.org), which is a gathering of scientists, physicians, business leaders, artists, and researchers to discuss the most current challenges and opportunities in the fields of nanomedicine and the nanosciences, from a multidisciplinary perspective. This event has attracted national and international attention, not only for the scientific content of the senior and junior scientists’ workshops and collaborations, but also as a remarkable example of how a small rural community facing a decades-long downturn and progressive population decline, can creatively re-invent itself and promote a vibrant social and economic growth around an annual international science festival. So much so, that UNESCO will feature Gagliato and its nanoscience-based renewal in its Global Report on Small Settlements and Creative Cities that will be presented at the upcoming UN-Habitat Conference in Quito, Ecuador, in October 2016.

Along with a two-day workshop for senior nanoscientists, biotech business leaders, and creative minds from different disciplines (including design, art and yoga), NanoPiccola has developed over the years into a rich hub for innovative educational and training practices focused on the dissemination of nanoscience learning to a young public. Many of the hands-on activities offered to the young Italian students are derived from the NanoDays kits. A group of 15 volunteers, graduate students in biotechnology, post-docs, young researchers and physicians coming from different parts of Italy and Europe, coordinate and lead the NanoPiccola days. They constitute a solid corps of highly competent, well trained volunteers and are much loved by the kids. 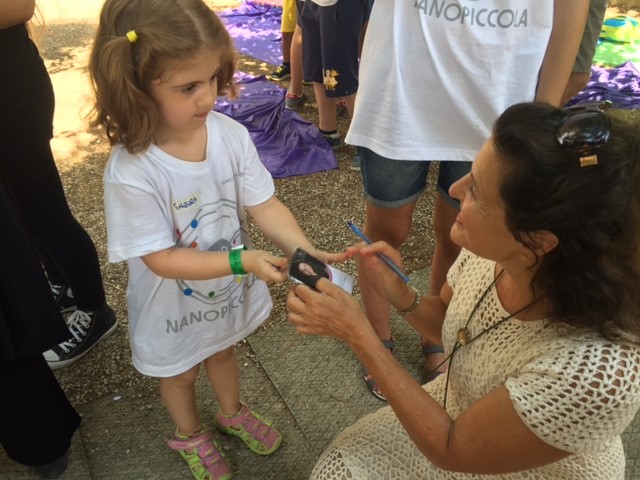 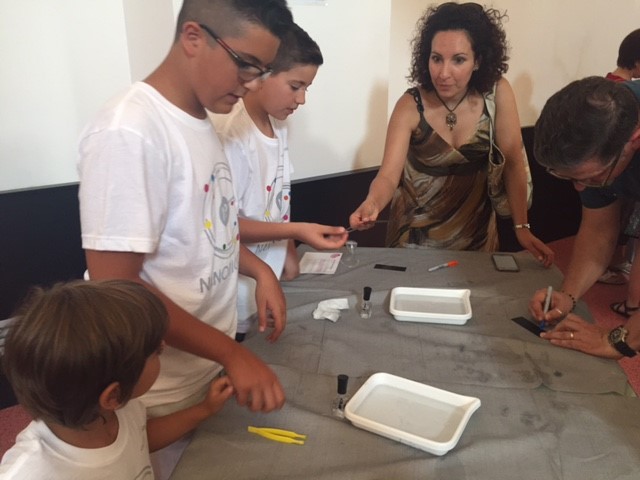 Among the highlights of the NanoPiccola Conference in July, besides a 30-minute yoga class before the start of the work day, are the sets of ‘Trading Cards’ featuring the senior scientists participating in the NanoGagliato workshop, with details about their institutional affiliations, field of research, and even favorite food. The kids have the scientists autograph the cards, and collect them. The senior scientists meet the NanoPiccola students in a very lively Q&A session, which is a much anticipated part of the program for both NanoPiccola’s and NanoGagliato’s participants. On the evening of the last day of NanoGagliato, the whole town and villages in the area gather in the public square for the ‘Gran Serata in Piazza’, an extraordinary three-hour town-hall style meeting in which the scientists briefly summarize advances in their research, and answer questions from the public. During this event, the students of NanoPiccola hold their own presentation, this year in the form of a choreographed representation of the latest discoveries in nanoparticles delivery to target cancer cells.

NanoPiccola has provided nanoscience learning to a core of about 20 children from Gagliato since 2009. In addition to the two-day conference in July, last year, the Accademia of Gagliato of the NanoSciences inaugurated a series of six monthly virtual classes through the Cisco WebEx platform that allowed the young nanoscientists in Gagliato to reconnect with their scientist friends at the Houston Methodist Research Institute, get updates on their research, perform new experiments, and ‘tour’ the laboratories of the HMRI Nanomedicine Department. The Gagliato young ‘nano academicians’ also went on their first ‘nanotech mission’ to the city of Matera, to ‘teach forward’ to their peers and start friendships and a long term collaboration  in this beautiful town in Basilicata, selected to be Cultural Capital of Europe in 2019.

Watch a short video (in Italian but the images speak for themselves) about the annual NanoGagliato Conference: https://www.youtube.com/watch?v=fd1DEEKlapg