Students in the city of Brownsville, Texas had a once-in-a-lifetime opportunity to interact with astronauts currently in orbit. As part of their Downlink program, NASA put out a nationwide call to search for participants who would want to take part in the event, which would give inquiring minds an opportunity to ask questions to astronauts Shane Kimbrough and Thomas Pesquet on the International Space Station via live video uplink. To convince NASA to choose such an unassuming city, a collaborative team consisting of representatives from the Children’s Museum of Brownsville, the Brownsville Independent School District, and the South Texas Astronomical Society put together a proposal with an overarching theme of HOPE (Harnessing Opportunities through Perseverance and Exploration) for Brownsville’s bright youth.

The city of Brownsville is located on the southern tip of Texas, bordering Mexico and the Gulf of Mexico. Brownsville’s proximity to both areas has played a significant role in shaping its cultural and economic history. The port area along the coast has long been a busy industrial hub, and vessels ranging from commercial fishing boats to gigantic freighters have always been common sights to the locals. With the Mexican city of Matamoros directly across the Rio Grande River, Brownsville also serves as a physical conduit for the trading of goods between Mexico and the United States. Over the course of several decades, it has been called both port city and a border city, but it is only recently with the establishment of the SpaceX rocket facility at Boca Chica beach that Brownsville has become primed to embrace a third distinction: a future space city. 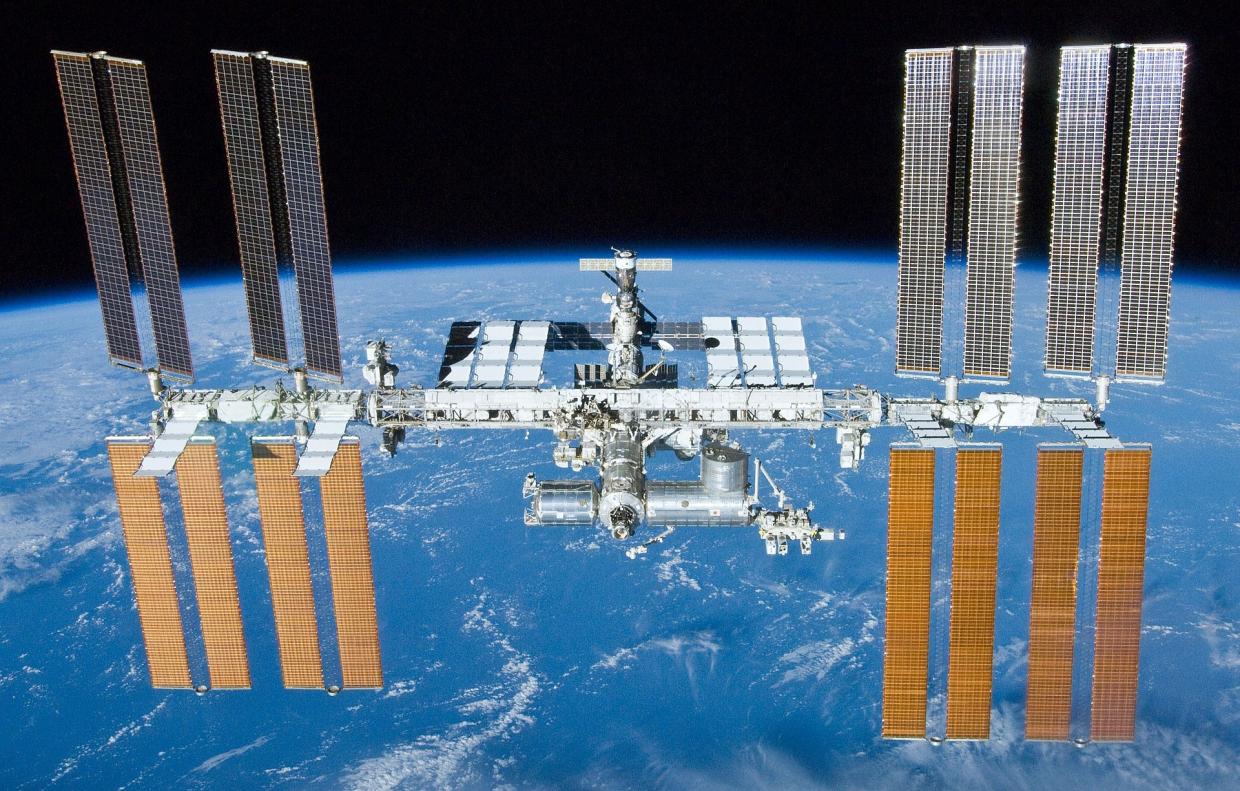 On the morning of May 11, 2020, Brownsville finally had its opportunity to participate in the Downlink program, symbolically heralding its imminent future of a space city by quite literally establishing a connection between it and the stars. While initially planned to be large-scale public event, precautions had to be taken in order to comply with local mandates for gatherings during the COVID-19 pandemic. As a result, it was conducted primarily as a livestreamed event through NASA TV and the school district’s closed-circuit KBSD-TV station, with a small number of attendees being invited to the live screening at the district’s Central Administration Building auditorium. Among the attendees were the several students who had been chosen to participate in the program and have their questions answered by some of NASA’s finest.

At 9:15 am, the downlink had been established, and on the auditorium screens appeared astronauts Kimbrough and Pesquet, waving enthusiastically as they gently floated in the zero gravity environment within the space station. The students’ questions were presented in the form of pre-recorded vignettes, first introducing themselves before presenting their query to the astronauts. One-by-one, Kimbrough and Pesquet took in the questions asked of them and provided thorough answers, addressing topics from the training regiments that potential astronauts undergo to how astronauts currently in orbit spend their downtime in between performing mission-critical tasks. At one point, Pesquet began to idly play with a plastic globe while Kimbrough answered a question at length, casually demonstrating the behavior of the object in zero gravity to the audible amusement of the crowd. It was a moment that, having been preceded by direct explanations of the skill level required of astronauts, lent a great deal of levity to the situation – a subtle suggestion to the students in the crowd that he was once a student just like them, and maybe someday, it could be any of them who would follow the trail that he and many others blazed toward the stars.

Inside of the Children’s Museum of Brownsville, NISE Network’s dynamic Sun, Earth, Universe exhibit has displayed an incredible ability to capture the curiosity of visitors, both young and older, with an almost magnetic quality. Even in an age in which technology is ever-present and has linked us all to massive archives of digital information here on Earth, the allure of space is something that people still find equal parts alluring and mysterious. When presented in an interactive format, the exhibit transcends what children may normally encounter in the form of photographs in a textbook or online videos, transforming the introductory learning process from passive to active. “From day one, our mission has always been to help children explore and discover as much as possible about the world around them,” says Felipe Peña, Executive Director of the Children’s Museum of Brownsville. “Our exhibits and activities are designed not only to educate,” he continues, “but to also hopefully guide them toward something in which they may develop a lifelong interest, especially where academic pursuits and future careers are concerned.” As the only children’s museum in the south Texas region, the Children’s Museum of Brownsville finds itself in a unique position to be an epicenter of space education for children in the area. Now that SpaceX has launched a few test rockets from the nearby Boca Chica facility, most local families have the chance to embark on a short drive out to the surrounding area to observe for themselves. With this in mind, the presence of Sun, Earth, Universe serves as an incredible resource for many young minds to gain the basic knowledge of the how and why of space exploration, giving them greater context for the bigger picture every time they watch a rocket lift off a few dozen miles away from the place they call home. In essence, it’s a ground-level entry point for them to understand what makes space exploration so exciting of a prospect that some people are willing to commit their whole lives to it.

After the NASA Downlink session had concluded, guests and viewers of the event were treated to a special presentation by former NASA astronaut Col. Michael Fossum. Taking the stage with the energy of an interstellar rocket, Col. Fossum regaled the audience with a captivating tale about his career and showed off photos and video clips of the time he spent on the International Space Station. As talented a public speaker as he was an astronaut, he held the audience rapt with his presentation, weaving together historical aspects of his career-specific accomplishments along with anecdotes about his own life. In particular, he spoke of watching the now iconic footage of the Apollo 11 moonwalk live as it happened, causing him to run out to his backyard and look up at the moon in silent awe, thinking to himself, “They’re up there right now.” It was an experience which he attributed to leading him on his path toward joining NASA. He capped off his presentation by reminding the audience, in particular the students, that although his initial handful of attempts to become a NASA astronaut were met with rejection, it never deterred him from trying again and again. As long as those students resolved to work hard, they too could realize dreams bigger than Earth itself. The dream of space could someday be their reality.

As vaccination rates rise across the country, the Children’s Museum of Brownsville remains optimistic that it’s only a matter of time before visitors return in greater numbers. Sun, Earth, Universe continues to catch the attention of those who have already visited, and with the museum strengthening its partnership with the Brownsville Independent School District and South Texas Astronomical Society, plans have begun for the construction of a dedicated science museum in the future, taking an even larger step toward solidifying Brownsville’s potential as the country’s next hub for all things space related.