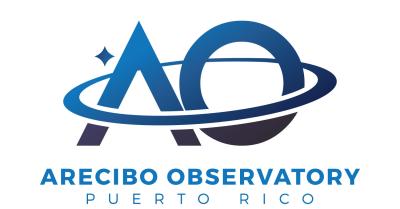 The Arecibo Observatory has overcome a lot of challenges through its history, but nothing like 2020. In 2017, the facility survived the devastation caused by hurricane María, in December 2019 an earthquake of a 6.4 magnitude affected the whole island, and in March 2020 the whole world was facing the consequences of the COVID-19 pandemic. All these challenges were under control and the operation of the facility continued, however, on August 10th, 2020 we woke up to the news that an auxiliary cable of the observatory’s Tower Four had failed and damaged the radio-telescope, and part of the reflector. This was something that took everybody by surprise, and little did we know of the future consequences. On November 6th, 2020, almost three months after the failure of the auxiliary cable, a principal cable of the same tower broke, causing more damages to the radio-telescope and reflector. This put the facility in critical condition and all the operations near the radio-telescope stopped due to security reasons. On December 1st, 2020 at approximately 7:53 am, the giant radio-telescope collapsed, causing damages in the three towers that held the radio-telescope, the 305 m reflector, the Angel Ramos Foundation Science and Visitor Center (ARFSVC), and other places of the facility. Fortunately, nobody was hurt during the collapse of the giant.

Because of the collapse and uncertainty about whether we would be able to go back to the ARFSVC, the team started to look for partners to continue with our mission to educate the next generation of future scientists in space science. During that task, we received support from local science museums, universities, government, and international entities. Two museums offered their helped since day one of the incident:  Ecoexploratorio: Museo de Ciencias located in San Juan, PR and Centro Criollo y Tecnológico del Caribe (C3Tec) located in Caguas, PR.  Both assisted with the dissemination of information regarding the importance of the Arecibo Observatory to the world and Puerto Rico. Additionally, C3Tec had the perfect space to move and host part of the exhibitions from the ARFSVC.

The next thing to do was to choose the exhibitions that we wanted to move, and most importantly, exhibitions that summarize the science that we study in the Arecibo Observatory. The decision was very easy to make; the Sun, Earth, Universe exhibition of the NISE Network and NASA was the perfect choice. This exhibition is interactive, gives information about the universe, solar system, our Sun, Earth, and satellites. It also gives the opportunity to create and explore by doing. We combined this exhibition with others that were part of the ARFSVC and created a new amazing space to learn about space sciences and other STEM areas.

The visitors have responded extremely well to the exhibition. We also invited and integrated the Astronomy Association of the Caribbean and their meteorite collection as part of the tour. They talk about their experience as astronomers and space scientists while interacting with the public. This alliance also has opened the opportunity to submit proposals to create educational programs that promote space sciences, math, art, and other STEM areas. The next steps for the ARFSVC is to continue with the alliances and to re-invent our Center. We want to keep inspiring the next generation of scientists around the world, and with the help of exhibitions like Sun, Earth, Universe we know we can. In the Arecibo Observatory, we truly believe that every challenge is a great opportunity to learn and grow stronger than ever.

Opening Event Celebrating the Opening of the Exhibition

Follow the link below for a video (in Spanish) briefly discussing the alliance created between the ARFSVC and The Ana G. Méndez University.