Partner Highlight: When the Stars Don’t Align for Your Star Party at the Science Museum of Minnesota

On January 15, 2020 the Science Museum of Minnesota (SMM) held a Star Watch Party with special guest meteorologist and astronomy educator Mike Lynch. This was not a public event, but a staff and volunteer social hosted by The Networking Lab – one of SMM’s many affinity groups. The event was planned to include telescopes provided by both Lynch and SMM’s Lending Library, all setup on the museums upper terrace for ideal viewing. Unfortunately, Minnesota’s winter had other plans… 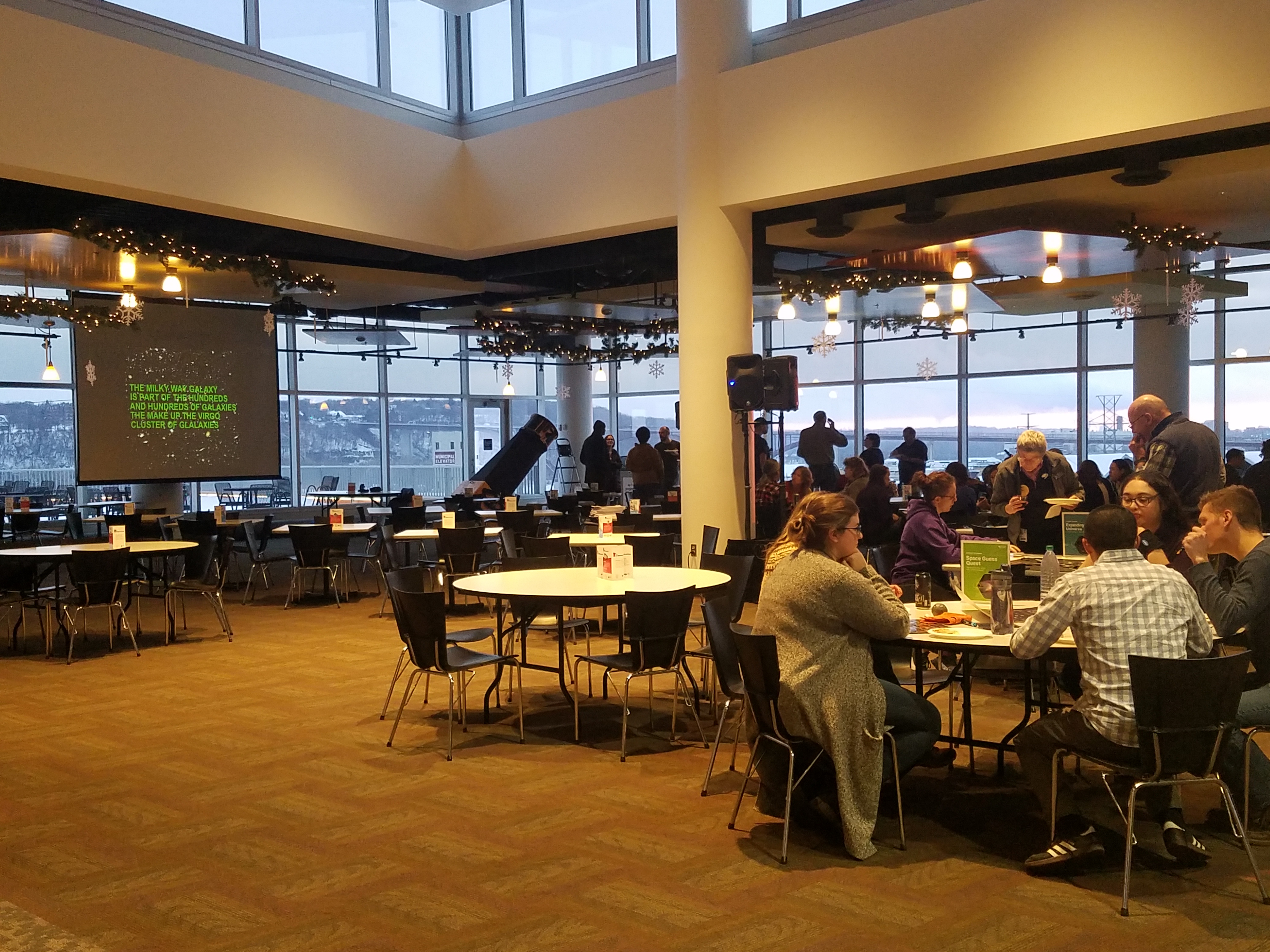 Staff watched the weather for weeks, worried about clear enough skies for viewing while considering best and worst-case scenarios for the event. Meanwhile, unseasonably warm temps turned snow to rain to ice. The safety of using the terrace for viewing was put into question as ice overtook it and the surrounding sidewalks of the museum. The first falling incident came in two days before the event, closing the terrace and other areas until the spring thaw. 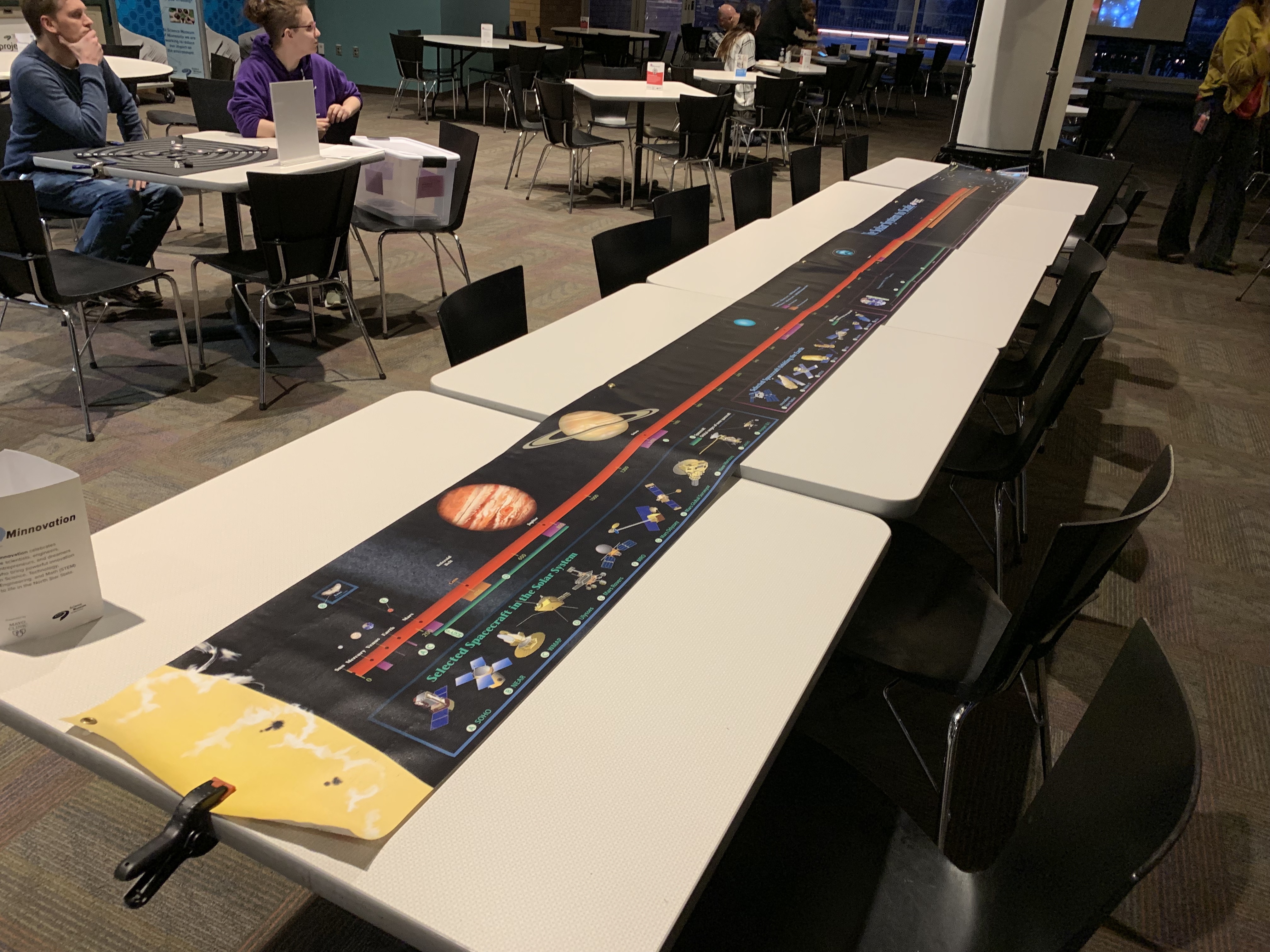 Photo credit: Science Museum of Minnesota for the NISE Network.

With other forces of nature terminating viewing, it didn’t matter that skies weren’t clear the evening of the event. The show would go on, even if there were no stars to watch at the party. What good is a portable Starmaster telescope that can’t be positioned to view the night sky? It’s a great conversation starter! Mike Lynch still came, bringing one of the many telescopes from his arsenal. He greeted guests as they arrived, most immediately flocking to the telescope taller than themselves. After participants settled in, Lynch gave a passionate presentation about his work and what they might have seen in the sky had the weather cooperated. 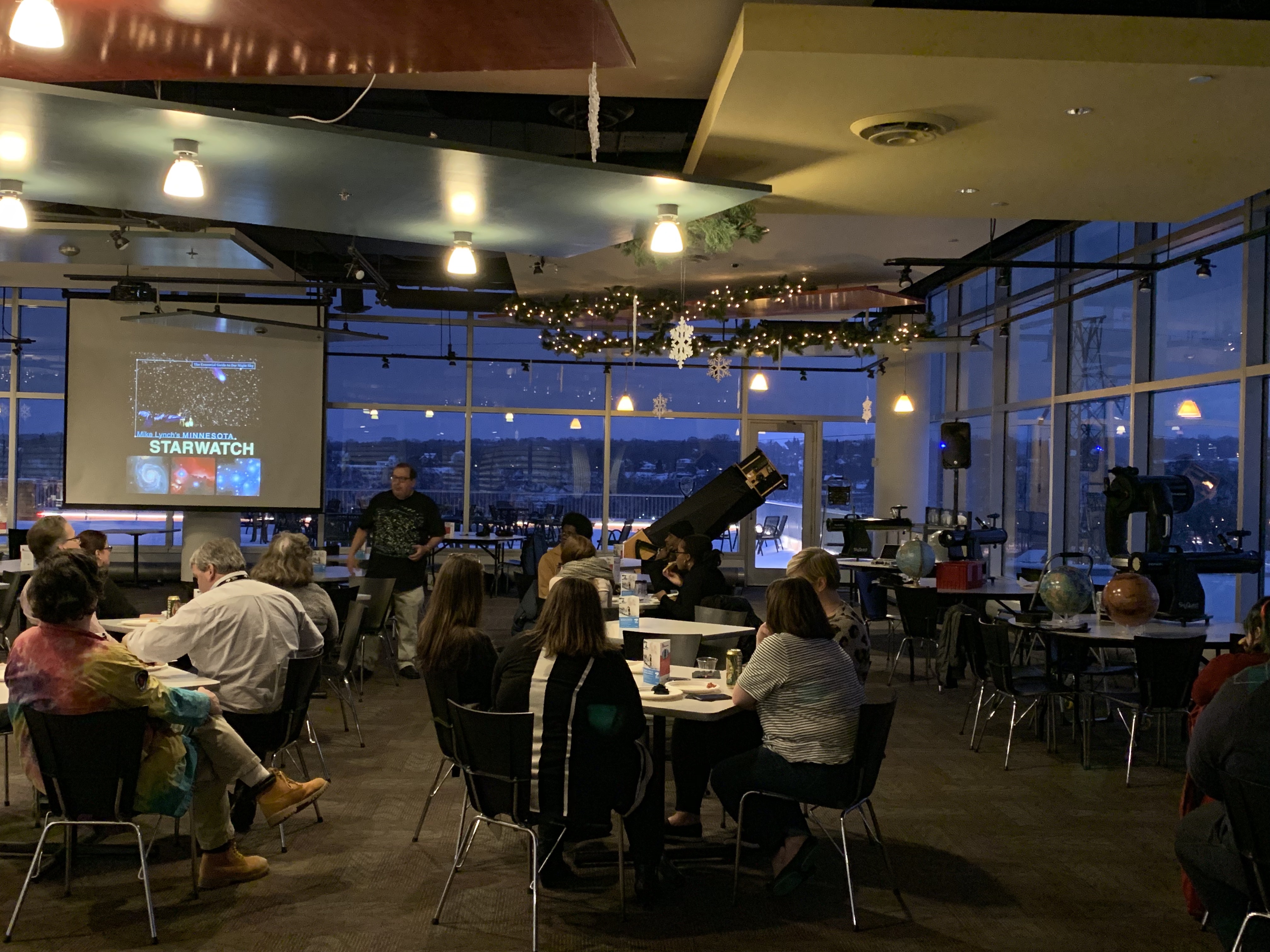 Participants also had the chance to see activities from the NISE Network’s Explore Science: Earth and Space toolkit. Expanding Universe and Space Guess Quest adapted particularly well to engage and entertain participants during the happy hour that started the event. Some participants enjoyed playing multiple rounds of Space Guess Quest during the social hour, and were thrilled to learn more about the role SMM plays in the development of these resources. 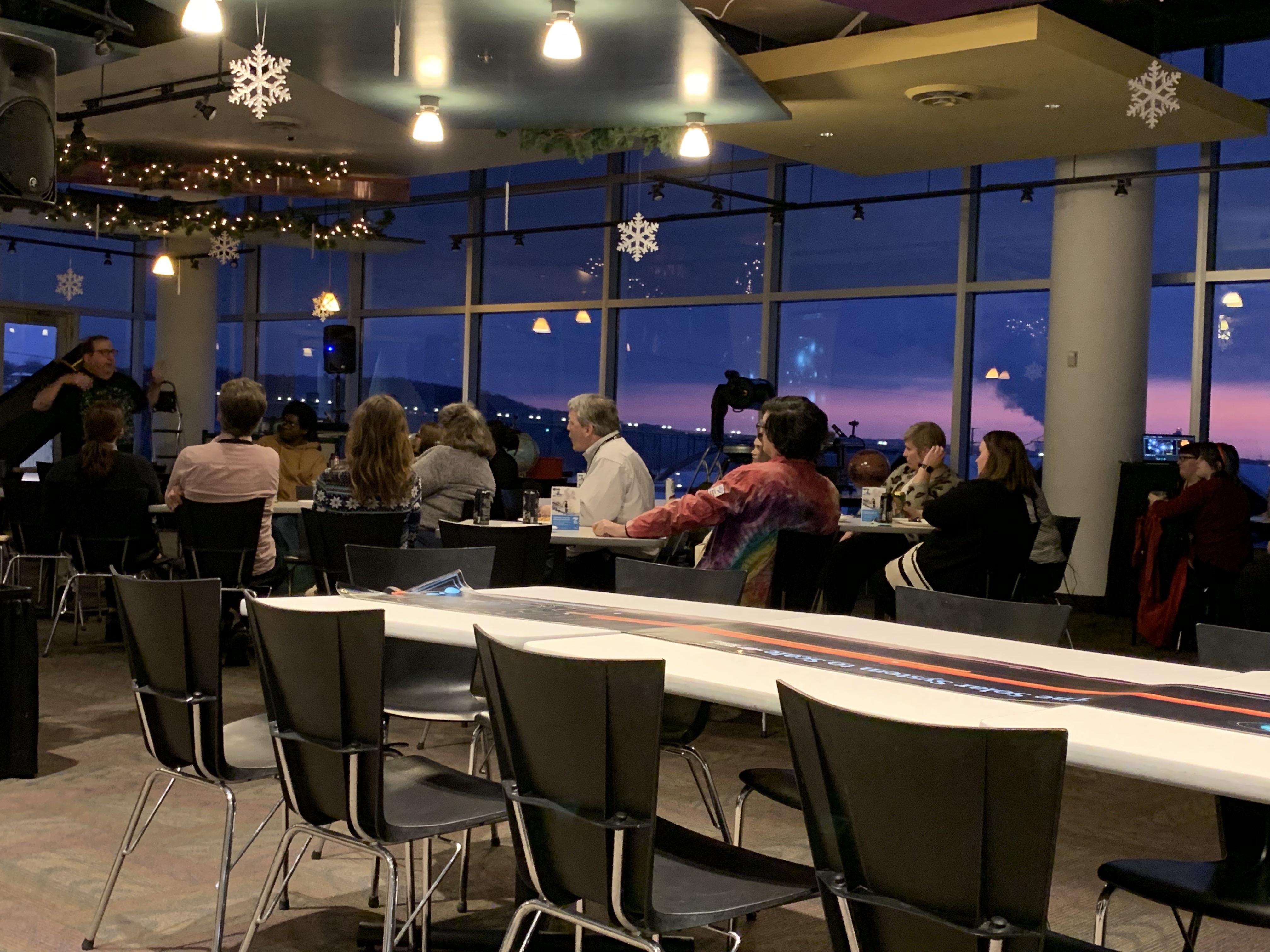 Photo credit: Science Museum of Minnesota for the NISE Network.

The stars did not come out for this party but the event was still a great success! Fifty individuals, whose work infrequently crosses paths at such a large institution, learned not only about the skies. They learned more about each other’s roles engaging our community in STEM, and how they too can gain access to all the wonderful Earth and Space resources available from the NISE Network and the museum’s Lending Library.