Although overcast in Berkeley the day of the eclipse, visitors gathered at the Lawrence Hall of Science to watch livestreams of the solar eclipse from NASA. LHS educators provided visitors with engaging hands-on activities to learn about Earth and space topics, including the eclipse. Another exciting resource created as a collaboration between the University of California Berkeley and Google (along with many other collaborators), was an eclipse app that allowed viewers from all across the U.S. to upload images taken of the eclipse, which in turn became the 2017 Eclipse Megamovie! 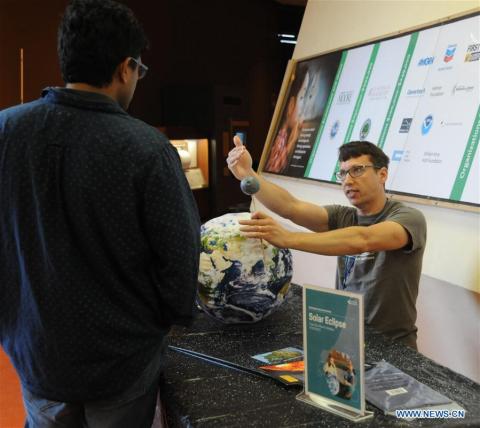 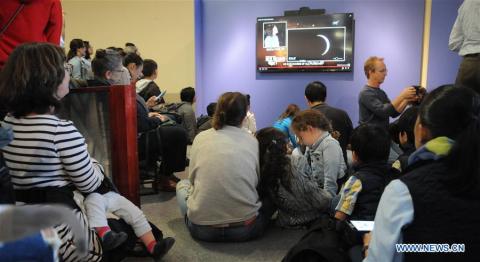 Lawrence Hall of Science's eclipse event and activities even made national headlines in China. Read the full article online, Solar eclipse turns out millions of spectators in U.S., published by Xinhua Net

L.C. Bates Museum in Hinkley, ME 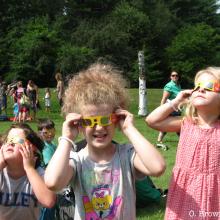 From the ground in Maine to the upper reaches of the atmosphere in Wyoming, the L.C. Bates Museum has been educating visitors about the solar eclipse since early 2017 and provided more than 3,000 pairs of eclipse glasses to visitors. Clear skies and a big lawn lured over 500 visitors to the museum to view the eclipse through glasses and filtered telescopes. The L.C. Bates Museum's Earth to Sky Calculus Maine Hub also sent a team of citizen scientists to Wyoming to send up a high altitude balloon that measured radiation and other changes during the eclipse and took photographs. The balloon was recovered in Nebraska and will be used for quarterly balloon launches in Maine and hopefully for the 2024 solar eclipse in Maine. Read L.C. Bates Museum full Partner Highlight included in the September 2017 NISE Network newsletter. 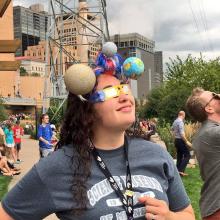 For the eclipse, Science Museum of Minnesota hosted a wide variety of Earth, and space related activities for museum visitors to get hands-on with. In addition to museum educators facilitating activities, local volunteers from NASA's Solar System Ambassadors public engagement program were also present engaging in activities and discussions with the public (learn more about the Solar System Ambassador program). 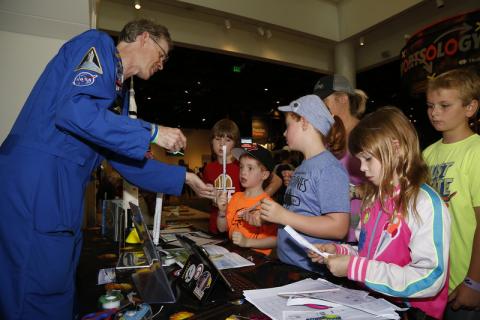 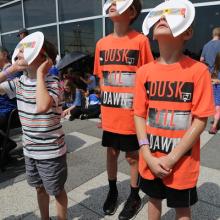 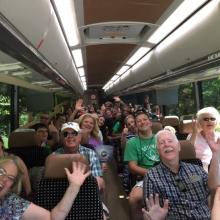 Nestled in a sweet spot for viewing the total solar eclipse, Kentucky Science Center hosted many different events to provide as many experiences as possible to as many people as possible. The sold-out "Experts and the Eclipse" motor coach experience provided an opportunity for guests to engage in conversations with content experts while en-route to a local library that hosted eclipse viewing and activities. The Kentucky Science Center welcomed local patrons to their museum for eclipse viewing and activities, but also took the experience on foot and off-site to mingle with eclipse viewers and created engaging Facebook Live videos. Read Kentucky Science Center's full Partner Highlight included in the September 2017 NISE Network newsletter. 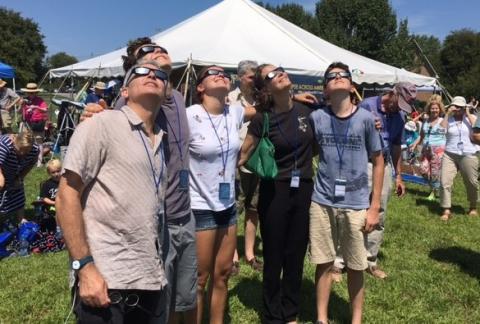 Oregon Museum of Science and Industry (OMSI) in Portland, OR 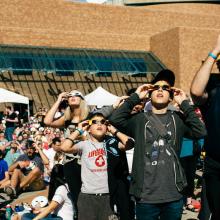 Close to the path of totality, OMSI hosted activities for solar eclipse viewers and enthusiasts of all ages on the grounds of the museum. Many hands-on activities were set up outside for kids and families to learn about the eclipse and its many effects, including those on nature. OMSI also held a major public event viewing party on the path of totality at the Oregon State Fairgrounds in Salem, OR that included science lectures, astronomy-related community groups, entertainment, and more: https://omsi.edu/eclipse-2017. 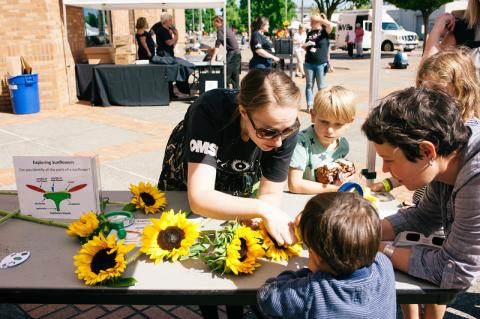 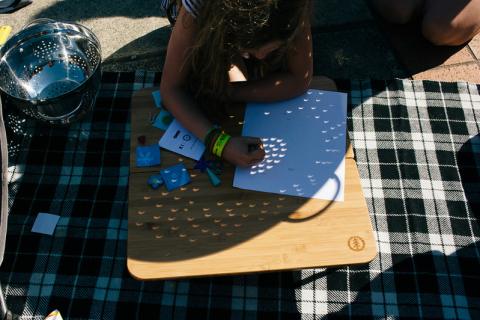