Visualizations at the Nanoscale

Visualizations at the Nano Scale

The nanoscale world is so small that we can't directly see or experience it. At one hundred thousand times smaller than the width of a human hair, nanoscale particles are governed by unfamiliar physical forces. How do we visualize this world and the forces that dominate it? The NISE Network has created some different ways to visualize just how small the nanoscale is.

Whether creating an exhibit on the color of a butterfly wing or participating in a forum on the health risks of nanomedicine, working with topics in nanoscience requires context to give meaning to sizes and scales. One common way to represent the nanoscale visually relies on scale ladders - diagrams that show how objects are related by size. Using existing research on understanding size and scale, the Visualization Laboratory (Viz Lab) carried out a series of experiments to develop effective scale ladders as well as guidelines for their design and use. Diagrams are highly simplified figures, designed to quickly convey ideas or relationships using lines or shapes. Diagrams are particularly useful in exhibit graphics and presentations, when viewers need to quickly grasp a concept. Illustrations, by contrast, provide very realistic renderings of objects and often take more time to interpret. 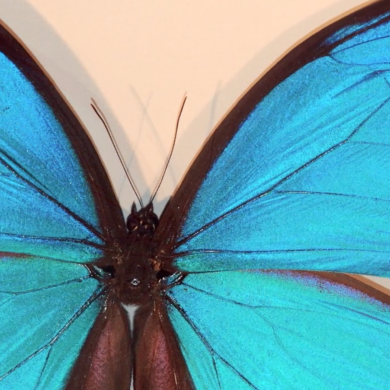 Zooms show the same object at different size scales. They can take many forms, from the classic Eames' film "Powers of Ten" to an exhibit label with a series of still images. Zooms are frequently used to engage the public with objects that are beyond our perception, transporting viewers from everyday objects to the less familiar small objects (such as cells or atoms). In this journey from the large scale to small scale, zooms give viewers a sense of relative size and convey that things are made of smaller parts.

Given the effectiveness of zooms in transporting the visitor from their world to the unfamiliar landscape of the nanoscale, the NISE Network has created several interactive media zooms and videos that allow viewers to explore objects across multiple scales.

Illustrations are artworks designed to present or enrich content. They play an especially important role in science, where they can be used to show objects or phenomena that are beyond our perception. The NISE Network has created a series of zoom poster illustrations that show familiar objects across ten orders of magnitude in a single illustration: the human bloodstream, a butterfly wing, and a computer chip. To help visitors see the connections between objects from vast size scales, these illustrations make use of perspective commonly used in landscape paintings: large objects are on the horizon, and small objects are in the foreground. This innovation earned the 2008 Science and Engineering Visualization 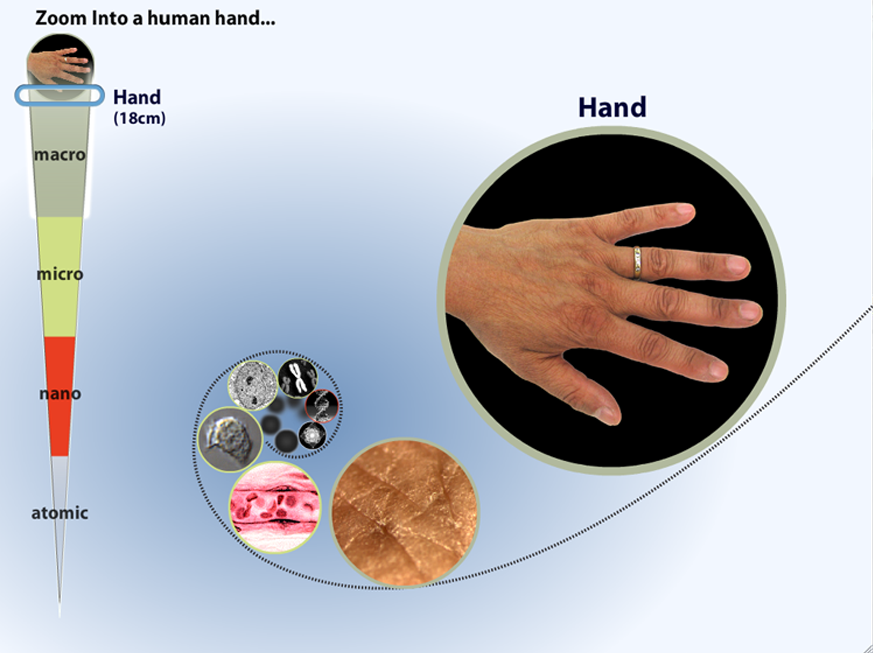 Challenge from NSF and Science Magazine. These illustrations are available as stand-alone images, banners, annotated posters, or combined in a single poster that highlights "Everything is Made of Atoms." 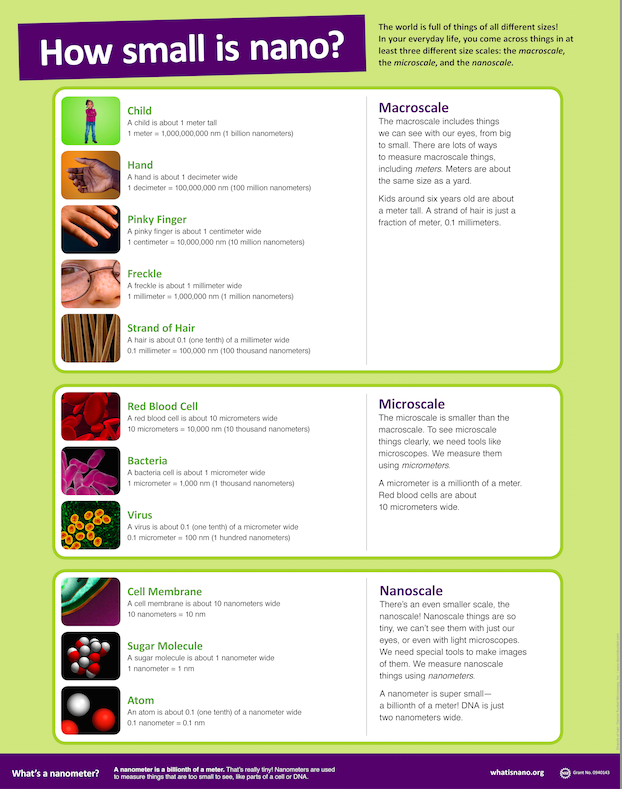 The NISE Network has created scale ladder diagrams, posters, and interactive media that can quickly convey the size of the nanoscale by showing how objects are related by size. 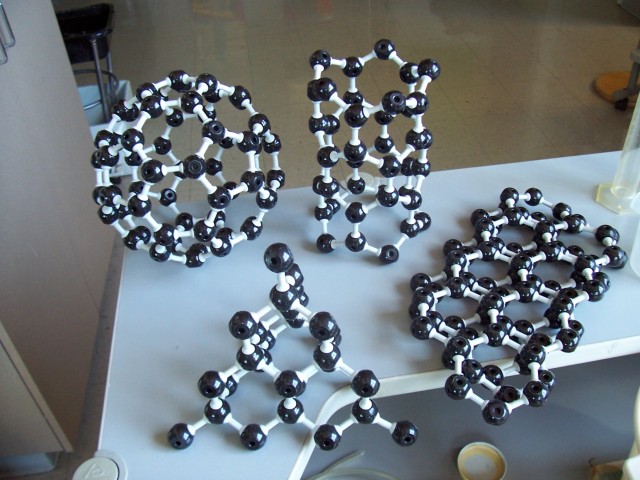 Physical models are three-dimensional, tangible representations of real-world or theoretical objects. They have a long history of use in both formal and informal education settings, from chemistry models used in the classroom to dioramas in natural history museums. Physical models are a particularly rich avenue for exploring the structure and geometry of the nanoscale in informal settings. They can be a hands-on, open-ended, and cost-effective way to demonstrate molecular structures. 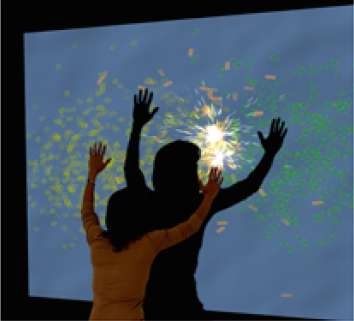 A computer simulation is a computer model that shows the behavior or properties of an object or system over time. Computer simulations provide access to systems, objects, or phenomena that cannot normally be manipulated, such as hurricanes, traffic patterns, or the behavior of atoms. With advances in computing power, simulations are increasingly used in science, particularly in modeling nanoscale phenomena. Simulations provide a way to visualize not just the object being studied, but it's behavior.

In collaboration with scientists and artists, the NISE Network partnered with Scott Snibbe of Snibbe Interactive and Zack Booth-Simpson of Mine-Control to create immersive simulation exhibit experiences at the nanoscale.

A curated collection of digital scientific images that may be incorporated into other educational experiences such as programs and exhibits.

Images at the nanoscale and microscale are a powerful way to represent a world too small to see with just our eyes.

The NISE Network has obtained permission from the creators of these scientific images to host these images online and make these images available to NISE Network partners to use for non-commercial educational uses. Please refer to the "Credits" section for each image to learn more about how you may use this product as well as how you should attribute each image.

​Please refer to FAQ #17 www.nisenet.org/faqs to learn about the different types of images on this website and how the different permissions and attributions apply to the image you are interested in. 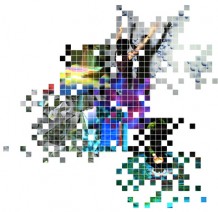 How do we picture a world we can’t see? How do we envision a place where gravity is barely relevant and everything is in constant motion? The nanoscale is so tiny it cannot be seen directly, and its dominant forces are different than those we are used to in everyday life. To address this challenge, the NISE Network Visualization Laboratory at the Exploratorium invited artists and scientists to explore ways of representing the nanoscale through a series of commissions, installations, and residencies in 2006. Drawing from a spectrum of artistic media and approaches, the results of these experiences are documented on this archival report. The report includes perspectives by Tom Rockwell and Pamela Winfrey from the Exploratorium and profiles of the following artists: