Welcome to the May e-newsletter for the National Informal STEM Education (NISE) Network and community.

The NISE Network will soon be shipping a box of printed and digital materials to selected active NISE Network partner museums and universities located in the US. The NISE Network leadership wants to thank partner organizations for your involvement with the Nanoscale Informal Science Education Network (NISE Net) and for all your efforts to engage public audiences in nanoscale science, engineering and technology over the past years. We are pleased to share a compendium of all the NanoDays activities developed over the past ten years. For most partner organizations, we are only mailing one box, so please share these resources with your colleagues and local collaborators.
→ New opportunity! Forum stipend available for Building with Biology kit recipients

The Building with Biology 2016 physical kit is shipping in June! We'll be hosting a webinar on June 21st, What's in Your Building with Biology Kit [register now], to help get host sites acquainted with all the educational and professional development resources provided in the kit.
Check out the newest updates and additions to the Building with Biology website!
→ National Informal STEM Education (NISE) Network transition
Wondering about the Network transition? Read more now.
UPCOMING EVENTS
→ NISE Network at the Association of Children's Museums (ACM) Interactivity conference
If you're attending this month's ACM conference, we hope that you'll stop by the NISE Network booth (#11) in the exhibit hall, say hello and learn about new Network project opportunities coming down the pipeline. Network partners will also be featured in the following sessions: Museums and Community Partnerships: Leveraging Resources and Increasing Impact (5/5; 9:00-10:15 AM) and Tools for Collaboration: Increasing Your Museum's Local Impact Through Partnerships (5/5; 10:30-11:45 AM).

The Building with Biology project is hosting online workshops and project orientations throughout April, May and June to provide support to Building with Biology 2016 host sites in preparation for summer events and forums.
The American Association for the Advancement of Science (AAAS) will be hosting a series of upcoming online project orientations in May for Building with Biology host site staff and scientist volunteers. For more information on project orientations, visit http://www.buildingwithbiology.org/orientation.
Other Building with Biology online workshops include
In case you missed it: A recording of the following webinars and resources are available online at http://www.buildingwithbiology.org/blog/online-project-orientations-and-workshops.
→ Interested or involved in live public science events?
The International Public Science Events Conference (IPSEC) 2016 convenes June 13-14 at MIT in Boston, MA. If you're producing mission-driven public events, looking to improve your institution's strategy for public offerings, or needing inspiration on how to forge relationships with new audiences, consider joining other event organizers, producers, performers and researchers from across the country involved in public science events at this year's conference.
FEATURED ON THE WEBSITE
SCIENCE IN THE NEWS
→  Nano News
Bio Focus: Light-activated quantum dots kill antibiotic resistant superbugs
The overuse and misuse of antibiotics has recently led to a global epidemic of multi-drug resistant bacteria, or "superbugs." In an effort to combat this growing concern, scientists at the University of Colorado Boulder have developed photoexcitable (meaning light-activated) quantum dots that effectively and specifically kill superbugs without harming mammalian cells. Quantum dots are semiconductor nanoparticles and are easy to modify and tailor, which is important considering how quickly pathogens evolve. More research needs to be conducted, however, on refining the design of the nanoparticle, as well as the potential toxicity to other healthy mammalian cells in the body.
→  Synthetic Biology News
Test of Zika-fighting genetically engineered mosquitoes gets tentative F.D.A approval
The threat of Zika virus spreading throughout the U.S. has sped up the approval process for a field trial in Key West to release genetically engineered mosquitoes. However, final approval for the trial is likely to take months and will not be made final until the Food and Drug Administration (FDA) receives and assesses comments from the public. The mosquitoes, developed by a British company, Oxitec, contain a gene that kills the insect. More specifically, male mosquitoes containing the gene are released to mate with wild females. Offspring from such matings die before they reach adulthood suppressing the population of mosquitoes capable of spreading Zika and other diseases such as dengue fever and malaria. The FDA states that these genetically engineered mosquitoes are unlikely to cause harm to people because the male mosquitoes do not bite. However, this proposed field test has been met by some strong opposition from residents in the Key West communities.
See related Building with Biology activities and programs
→ Earth & Space Science News
Stephen Hawking, Mark Zuckerberg to launch nano spacecraft Breakthrough Starshot into deep space
Scientists and billionaire investors are teaming up to develop a new, tiny spacecraft that could potentially reach another solar system within the next 30 years. The Breakthrough Starshot project involves deploying small, light-propelled vehicles to carry equipment like cameras and communication equipment. These vehicles would eventually fly at 20 percent of the speed of light, more than 1,000 times faster than today's spacecraft. However, there are plenty of obstacles to overcome: surviving impact on launch, the punishing environment of interstellar space and dust collisions, technology, and money. Not to mention, should Breakthrough Starshot reach our neighboring star system and succeed in taking photographs, it would take another four years to transmit them back to Earth.
NANO THROUGHOUT THE YEAR
​ 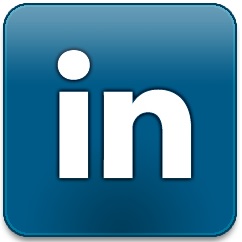